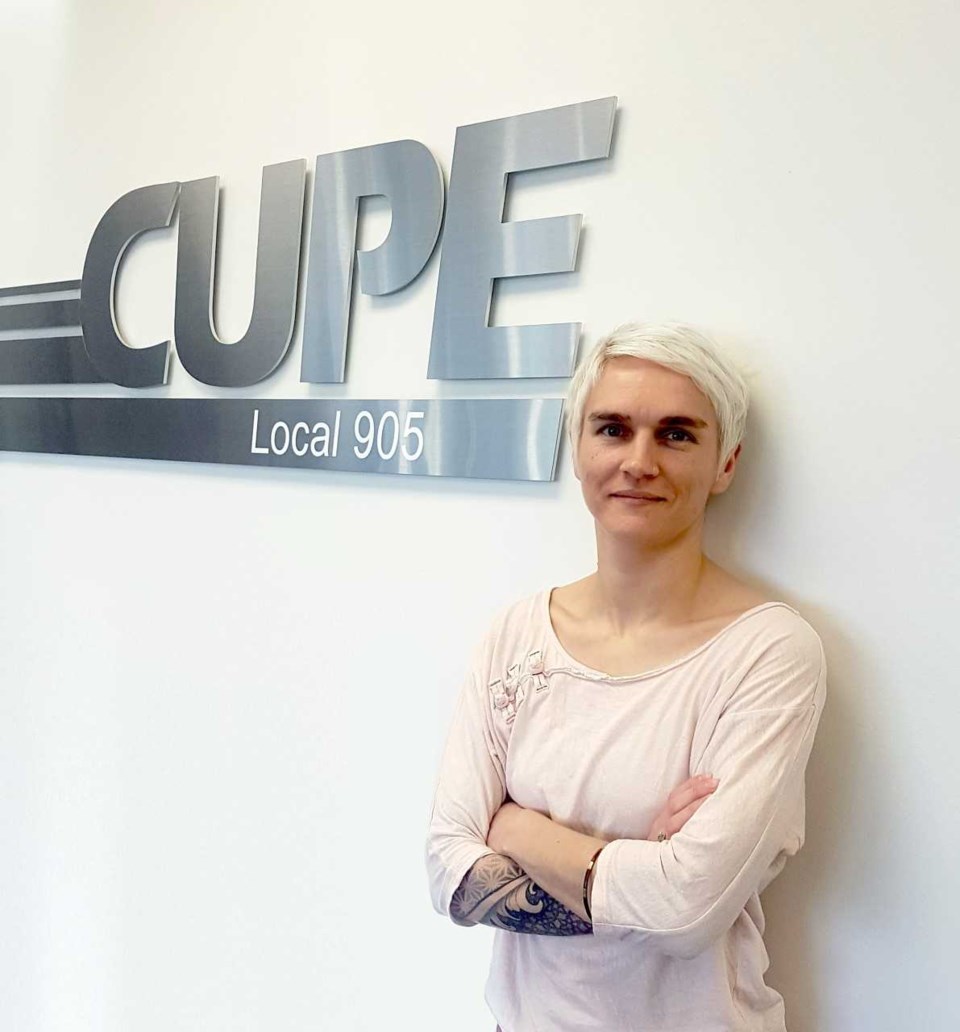 “Public health is currently tracking a measles outbreak in York Region,” CUPE Local 905 president Katherine Grzejszczak said. “One of the exposure sites is Southlake Regional Health Centre. This is a hospital that runs over 100 per cent capacity, where patients are crammed into the hallways because there’s not enough beds in the emergency department. This is where people with contagious diseases are showing up.”

Grzejszczak said Ontario’s entire health care system is “bursting at the seams”, and cuts to the public health budget will have unintended consequences.

“This is going to result in disaster, people will die as a result of these cuts,” she said. “Health and Long-term Care Minister Christine Elliott needs to answer to her constituents. The measles outbreak is happening in her riding of Newmarket-Aurora and she needs to say why she is choosing to slash the public health budget.”

In its April 12 budget, the Ontario government announced provincewide funding cuts for public health by almost one-third. It also revealed it would reduce the province’s 35 public health units into 10 regional agencies by 2020-21.

It’s also not yet known what will become of York Region Public Health with the province’s planned reorganization, but only Toronto’s public health boundaries will remain the same, Dr. Kurji said.

“In the meantime, we have committed to ensuring that we look after our staff as best we can because they’re going through a lot of anxiety, and we continue to serve the residents of York Region with the services that we feel are very important for protecting their health,” said Dr. Kurji.

On the subject of the confirmed measles case in Newmarket, a spokesperson for Newmarket-Aurora MPP Elliott said Ontarians will continue to have access to vaccines through publicly funded immunization programs.

“Our government is committed to working directly alongside our health care partners and municipalities as we modernize Ontario’s public health units,” spokesperson Hayley Chazan said in an email. “Ultimately, the government’s proposed plan will enable a better matching of public health needs with local realities.”

Chazan also said the Health Ministry has “every expectation that public health units will continue to be properly funded” as it empowers municipalities to have a stronger role in the delivery of public health.

“Vaccinations are safe and effective and have been used for more than 200 years to save lives around the world,” she said. “When individuals get vaccinated, they protect themselves and those around them, including vulnerable people like very young children and those who can’t be vaccinated for medical reasons, from getting serious diseases, including measles. We encourage all Ontarians to stay up-to-date with the recommended vaccines,” she added.

In the meantime, at least 50 York Region paramedics, public health and long-term care workers will join their counterparts across Ontario at an April 30 rally at Queen’s Park from noon to 1 p.m. to protest what they say are far-reaching reforms of the province’s health care system.

The rally, organized by the Ontario Health Coalition, a non-partisan activist network that works to protect and improve public health care, opposes the Ford government’s recent moves to cut funding and restructure public health and paramedic services, privatization of health care, and more.

CUPE Local 905 members have a duty to warn the public about the devastating consequences of the government’s plans for health care, Grzejszczak said of its participation in the rally.

“What is the price of clean drinking water, of immunizing children against deadly diseases, and containing deadly disease epidemics?” she said.

UPDATE: Public Health corrects location of possible measles exposure
Apr 19, 2019 8:10 PM
Comments
We welcome your feedback and encourage you to share your thoughts. We ask that you be respectful of others and their points of view, refrain from personal attacks and stay on topic. To learn about our commenting policies and how we moderate, please read our Community Guidelines.