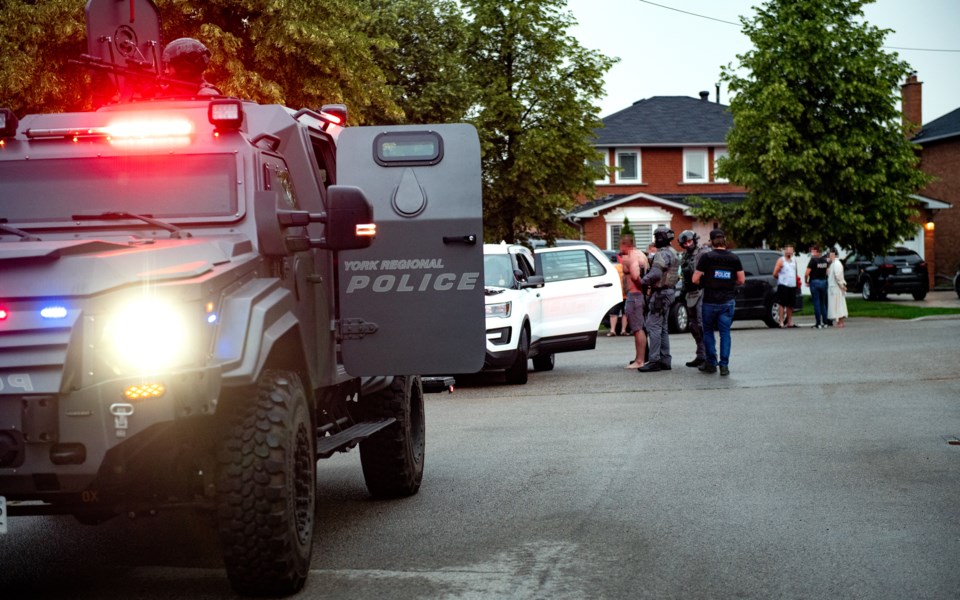 A 15-month long investigation in partnership with Ontario Provincial Police (OPP) and York Regional Police (YRP) has led to 22 arrests and almost $10 million worth of drugs seized.

“This investigation showed that even through COVID, organized crime was still able to import and export controlled substances in and out of Canada,” OPP Detective Inspector Bill Walker said.

On July 7, investigators executed 44 search warrants throughout the GTA, which included locations in Thornhill and Vaughan as well as at a business in Vaughan.

Walker said York Regional Police were equal partners in the investigation, supplying officers and resources to the project.

“We enjoy a very good working relationship with all our law enforcement partners and we’re constantly sharing intelligence,” Walker said. “So it was only natural to partner with [York Regional Police]."

At a press conference announcing the results of Project SOUTHAM, YRP Deputy Brian Bigras said partnerships like these ones are key.

“The cooperation of law enforcement in Canada and the United States in this investigation exemplifies the value of collaboration,” he said, “Project SOUTHAM should stand as a message to all organized crime groups. You will be held accountable regardless of your location or crime for jeopardizing the safety and wellbeing of our communities.”

“Every single time law enforcement agencies cooperating and working in partnership can remove the presence of organized crime, it's a win for all of our communities,” Bigras said, adding that York Regional Police were pleased to be a part of this investigation.

According to OPP, in total Project SOUTHAM led to the seizure of the following: