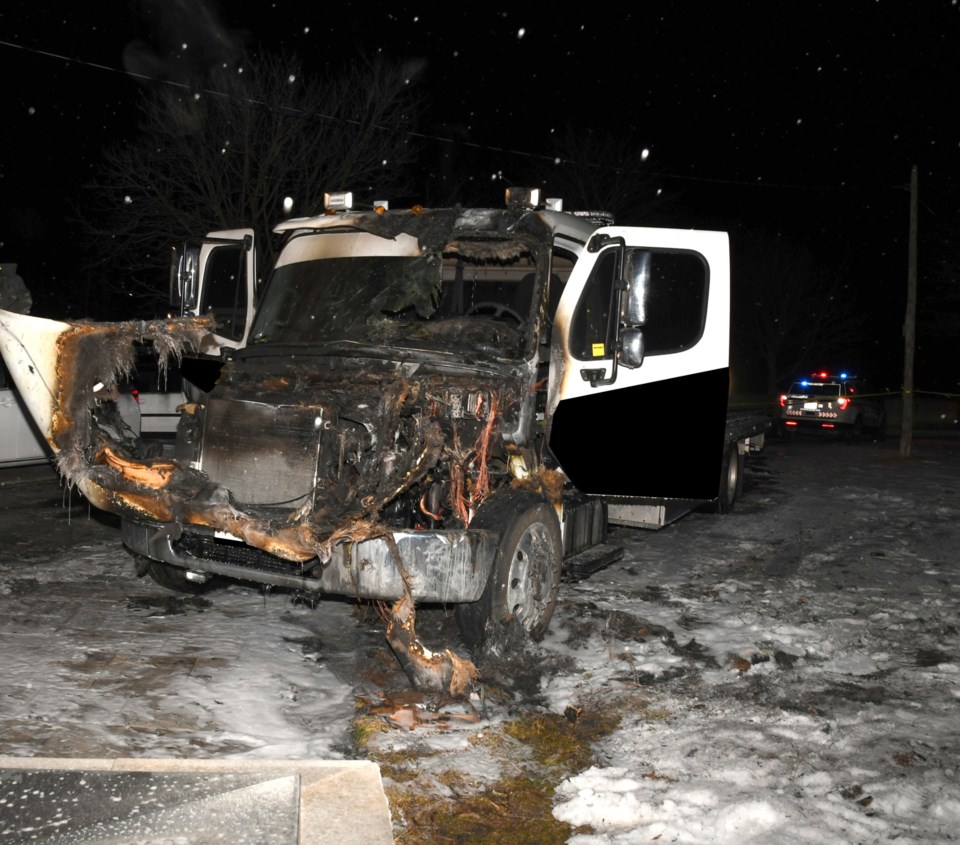 On Monday, Jan. 18, 2021, at approximately 9:15 p.m., York Regional Police was called to a residence on Highway 48, in the area of Bethesda Side Road, in the Town of Whitchurch-Stouffville for a report of a tow truck on fire.

When officers arrived, they found a vehicle in the driveway fully engulfed in flames. The fire was extinguished by Whitchurch-Stouffville Fire and Emergency Services and the damage was estimated at $150,000. Investigators believe the fire was intentionally set.