Toronto police to provide update on 1984 murder of Christine Jessop 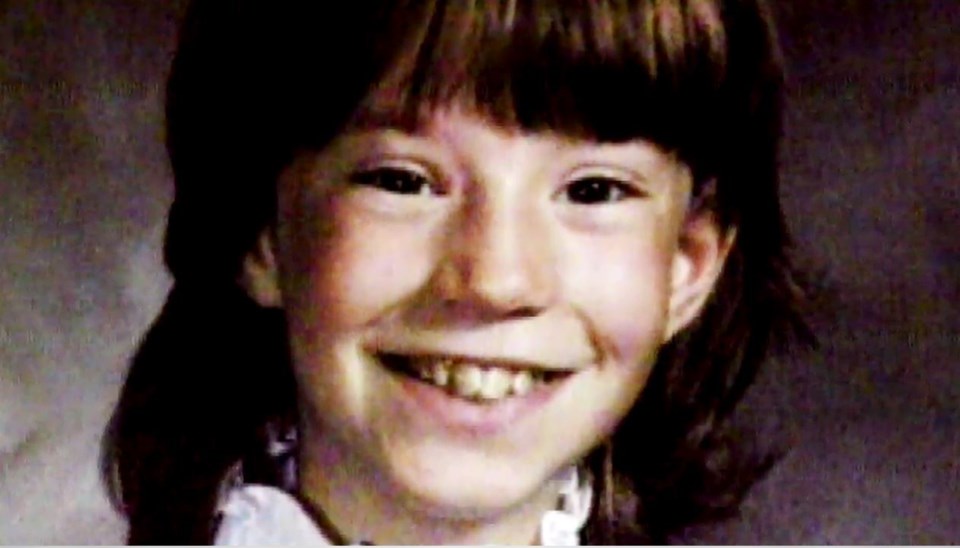 Toronto Police Service has released the name of a person they identified as responsible for the DNA sample found on Christine Jessop's underwear.

Calvin Hoover, of Toronto, Ontario, was 28 years old in 1984. Police say he was known to the Jessop family at the time of Christine’s disappearance. He passed away in 2015.

The full statement from Toronto Chief of Police Jim Ramer regarding the 1984 homicide reads as follows:

Thank you for joining us.

Today, I am joined by Staff Superintendent Peter Code from Detective Operations, the pillar that includes our Homicide section and the officers responsible for investigating this case over the last 25 years.

To provide an overview, it was October 3, 1984, when nine-year-old Christine Jessop went missing from her home in Queensville, Ontario, just north of Toronto, in York Region.

She was described as a girl "who loved life, her family, school, and sports". Her face, as seen here today, was on every television set and every newspaper. Hundreds of community members assisted in searching for Christine.

Tragically, on December 31, 1984, Christine was found in Sunderland, Ontario, in Durham Region. She had been stabbed to death and evidence that she had been sexually assaulted was located at the crime scene.

The investigation, as we know, resulted in the arrest of Guy Paul Morin. He was acquitted at his first trial, found guilty of first degree murder at his second trial before a successful Crown Appeal ultimately led to his acquittal in 1995 on fresh evidence submitted jointly by the Crown and the Defense.

At that time, the fresh evidence was DNA that conclusively established Guy Paul Morin was not the donor of semen stains found on Christine Jessop’s underwear.

I am not here to revisit that historical investigation. We are fortunate to have had the very thorough Public Inquiry and resulting recommendations by Justice Fred Kaufman.

I am here because of the diligent work of Toronto Police investigators.

On Friday, October 9, 2020, we positively confirmed the identification of the person responsible for the DNA sample found on Christine’s underwear.

He was known to the Jessop family at the time of Christine’s disappearance.

However, if he were alive today, the Toronto Police Service would arrest Calvin Hoover for the murder of Christine Jessop.

Today’s announcement is only the first very important answer in this ongoing investigation. It has obviously generated many more questions for us.

We are asking for the public’s help as we look for information about Calvin Hoover, in an effort to create a timeline of his whereabouts and the last moments of Christine’s life.

Please take a look at this photo. It is a photo of Mr. Hoover that dates back to the late 1990s. Despite how dated it is, it is our hope that it may jog someone’s memory about the events surrounding Christine’s disappearance. If you have any information, no matter how insignificant it may seem, please contact police.

Before I take questions, I want to acknowledge the family and friends of Christine Jessop.

Our investigators met with Christine’s mother this morning. They continue to be with her at this moment.

We have also met with Mr. Morin this morning and have shared this news with him.

I believe there is no greater acknowledgement of his exoneration than the continued efforts of the Toronto Police Service to identify the person responsible for Christine’s murder.

Our investigators have also spoken to Justice Fred Kaufman. Because of the significant work he led during the Public Inquiry, we wanted to notify him personally of this development.

Given the origins of this investigation, I have spoken with the Chiefs of Durham and York Regional Police Services as this case has had a profound impact on their respective members

There is nothing I can say today that can reverse the tragic events of 36 years ago. There are no winners in this announcement, and this is not a reason to celebrate. It does, however, allow us to take a major step forward in our efforts to bring justice to Christine’s family.

I thank the members of our Homicide Cold Case section for their determination in getting us to this point.

Toronto police say they will be providing an update on the 1984 murder of Christine Jessop on Thursday.

The nine-year-old went missing on Oct. 3, 1984 in Queensville, Ont., and her remains were found three months later on New Year’s Eve in a rural part of Durham Region.

The little girl had been raped and murdered.

The case drew national attention, especially when police charged Jessop’s neighbour Guy Paul Morin with the nine-year-old’s death. However, in 1995 Morin was exonerated due to advancement in DNA testing. He had served 18 months in prison.

Police said Jessop had plans to meet up with a friend that evening at a nearby park but that she never showed up. She was last seen buying a pack of gum at a local convenience store, close to her home.

To date, no one else has been charged in connection with the murder and police are still searching.

- With files from Global News

Community tips lead to arrest in series of hate-motivated incidents in Vaughan
Oct 21, 2020 9:49 AM