Citizens are reminded to never walk, cycle or drive along railway tracks
0
Sep 20, 2019 11:17 AM By: NewmarketToday Staff 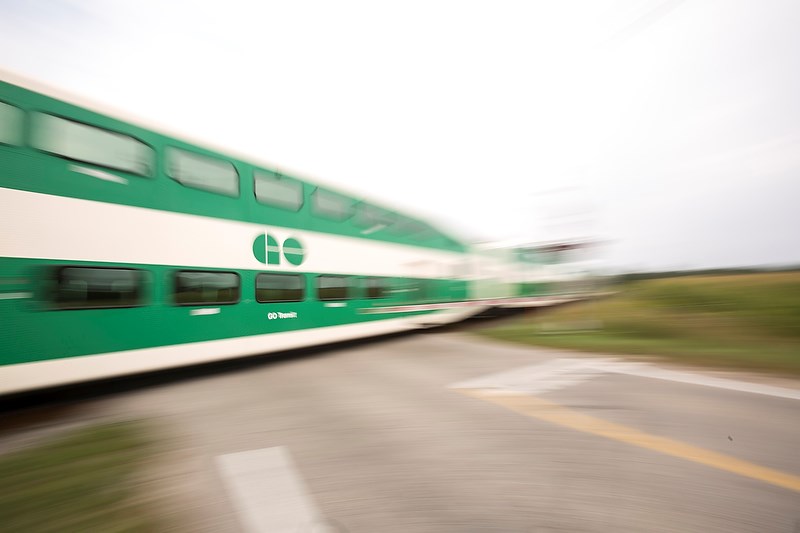 In North America every three hours, either a vehicle or pedestrian is involved in a rail incident resulting in more than 750 fatalities and 1,500 serious injuries each year.

In an effort to reduce the number of pedestrian and vehicle collisions that occur near railways, as well as addressing trespassing onto railways, York Regional Police officers will be riding the rails on Tuesday, Sept. 24, 2019. Officers will be on board the Barrie line GO Train as it makes stops in East Gwillimbury, Aurora and Vaughan. They will be interacting with transit users, discussing the potential dangers that exist around our railways, as well as the laws in place to protect our community. Officers will also be handing out information pamphlets with rail safety tips.

Citizens are reminded to never walk, cycle or drive along railway tracks. It’s hard to judge how far away a train is or what speed it’s travelling at. Trains go as fast as 160 km per hour and can take up to two kilometres to come to a complete stop.

Always cross railway tracks at designated crossings. Trains can come at any time, from either direction and on any track. They don’t always run on a set schedule. Before proceeding through a crossing, look both ways and listen for approaching trains.

Together, we can work to make our roads and communities safer.

Fatal crashes a reminder even safe motorcyclists are vulnerable
May 27, 2020 3:30 PM