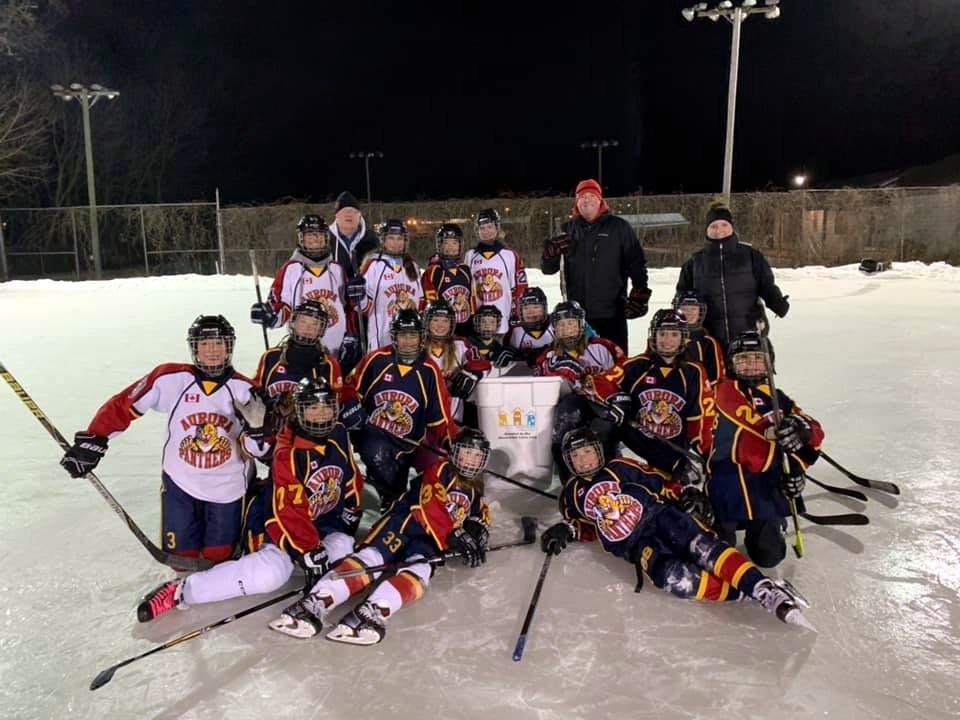 The Aurora Panthers are sharpening their blades and getting ready to attack the Newmarket Lions outdoor community hockey rink Friday night for a girls' night skate with neighbourhood children.

“We need more girls playing hockey and the rink is all theirs that night,” Howie said, adding players from a Panthers team dropped by the D’Arcy Street rink Tuesday night for a practice.

The Panthers and girls’ hockey are no strangers to the community. Central York Girls Hockey Association celebrated its 25th anniversary this year and its membership now stands at about 950-strong across central York, from Richmond Hill to Bradford.

“Girls’ hockey, in relation to the boys, is growing,” the association’s administrator Patty Albert said. “Our registration fluctuates, but we’re hosting a Canadian Tire First Shift hockey program next year to get some brand new girls out, and we’re also hoping to advertise within the school programs and other venues.”

The association is fresh off a rebranding exercise and next week will unveil the team’s new name: the Central York Panthers, to better reflect its membership, Albert said.

Girls as young as four right up to 65 years old currently play in rep competitive programs as well as house league. Girls’ hockey differs from boys in that there is no checking allowed.

“In my opinion, it’s a faster game and more skilled game,” Albert said. “Because you don’t just have to hammer somebody to get the puck.”

The Canadian Women’s Hockey League, established in 2007, has been “phenomenal” in opening people’s eyes to how good women’s hockey can be, said Albert.

Two of the league’s six teams, the Toronto Furies and the Markham Thunder, have been “great” supporters of the Central York association. Both teams played an exhibition game at the association’s 25th-anniversary celebration last fall much to the delight of fans, Albert added.

The Panthers itself has an intermediate AA team which competes in the provincial women’s hockey league. Closer to home, the Panthers house league plays out of Newmarket, while its home arena is the Stronach Aurora Recreation Complex.

Registration opens May 1 for the next season. Parents can expect to spend about $200 to $300 to outfit a young child for their first year of hockey.

Everyone is asked to bring a non-perishable donation for the Newmarket Food Pantry which will be collected at the rink.

Bring your shovel if you want to skate on Newmarket's community ice rink
Dec 24, 2018 8:30 AM
Comments
We welcome your feedback and encourage you to share your thoughts on this story. We ask that you be respectful of others and their points of view, refrain from personal attacks and stay on topic. To learn about our commenting policies and how we moderate, please read our Community Guidelines.