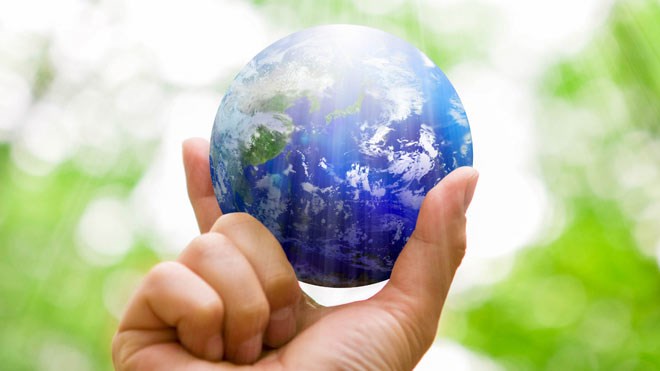 "911, what’s your emergency?" At Newmarket’s council meeting Monday night, it became clear that the word emergency when paired with the word climate was the cause of alarm.

After voting with her colleagues last week in the unanimous decision to declare a climate emergency, Councillor Grace Simon went cold on the idea and suggested the word emergency be removed from the declaration and replaced with “a heightened urgency toward environmental initiatives.”

“An emergency is a call for immediate action because there’s something happening now that needs to be taken care of,” Simon said, offering up Newfoundland as an example recently when a brutal storm dumped 90 cm of snow on the island’s east side, trapping many inside their homes.

“That word is powerful, it’s weighted, it means we have to do something now, and there’s so many urgencies across the world globally,” she said in her argument. “Human trafficking is probably a larger problem than even the environment. ...And it’s the fear of other groups coming in and wanting us to declare everytime there’s an emergency or a crisis, like homelessness, human trafficking, you name it. There’s so many urgent global issues around the world that we cannot stand and declare emergencies everytime a group comes in and asks us to make a declaration like that.”

Newmarket’s resolution declaring a climate emergency officially passed with an 8-1 vote at the Jan. 20 council meeting.

Local climate action group Drawdown Newmarket-Aurora appeared before the Jan. 13 committee of the whole meeting and pressed the town to declare a climate emergency.

Simon said she spoke with many people in the community over the past week, and the word emergency in the context of the environment created confusion for some, who wondered what exactly the immediate emergency was.

“I’ve been sitting on the meaning of the word emergency and speaking with many people about the weight of the word,” she said. “The environmental issue is big in my heart and my family, and as a family we’re taking progressive action as best as we can to care for our environment. I know all of us are concerned for the environment, so that’s not the issue. But where I’m weighted is on using the term emergency.”

A longtime Newmarket resident also turned up at this week’s council meeting to plead with the town to remove the word emergency from its declaration.

“I’m a guy that saw something on NewmarketToday and it was something that triggered me in terms of the environment, and I know you had a presentation by a group called Drawdown, in preparation to declare Newmarket in a climate emergency,” Gord McCallum said. “I wanted to, hopefully, encourage Mr. Mayor and council members that the word emergency is a very powerful word. I think it can be placed on Inn from the Cold for homelessness more than Newmarket’s need for an emergency declaration on climate.”

McCallum said he agrees that the climate is an issue, but it’s important to encourage individuals to do the right thing rather than impose a word like emergency on them, which fills them with fear.

“I love Newmarket and I’m proud of what the members of council have stood up for over the years and I want to see it move forward,” he said. “I know you guys are doing a ton of stuff in that vein, and I commend you wholeheartedly, and I’d like us to be recognized as leaders without that word, so if you could consider that and take out the word emergency in the declaration.”

He offered instead a statement that acknowledges Newmarket as leaders in producing a carbon-reducing action plan to support the environment.

Mayor John Taylor defended the town’s climate emergency declaration, noting that it is something communities around the world are declaring. He referred to a recent article in the peer-reviewed scientific journal, BioScience, that stated scientists have a moral obligation to clearly warn humanity of any catastrophic threat, and to tell it like it is.

More than 11,000 scientist signatories from around the world stated clearly and unequivocally that the planet Earth is facing a climate emergency, he said, quoting from the journal.

“I think there’s a pretty heightened awareness that declaring a climate emergency is not the same as declaring a state of emergency when a tornado hits your community and I think people recognize that,” Taylor said. “It is, in large part, a symbolic statement that requires action as well, but we have a strong blueprint here in Newmarket and we want to do our part, climate change has no borders. Everybody needs to do a small part to make something very big and significant happen over the coming decade or more.”

Councillor Victor Woodhouse agrees that the word emergency means that an immediate action is required now.

“My personal feeling is that is where we’re at,” he said. “It’s my understanding that if the climate carries on the way that it’s going, we’ve got a very significant issue not just in Newmarket but in the world and it needs to be dealt with. I feel that this is in the category of needing to be dealt with, and I’m comfortable with the wording, and that Newmarket will continue to act not only for Newmarket but to reduce its impact on emissions.”