'As great as this technology (Lanaware) is, the true innovation with Completely Managed is the people and their approach, that’s what drives innovation', tech partner says
0
Mar 11, 2019 1:45 PM By: Kim Champion 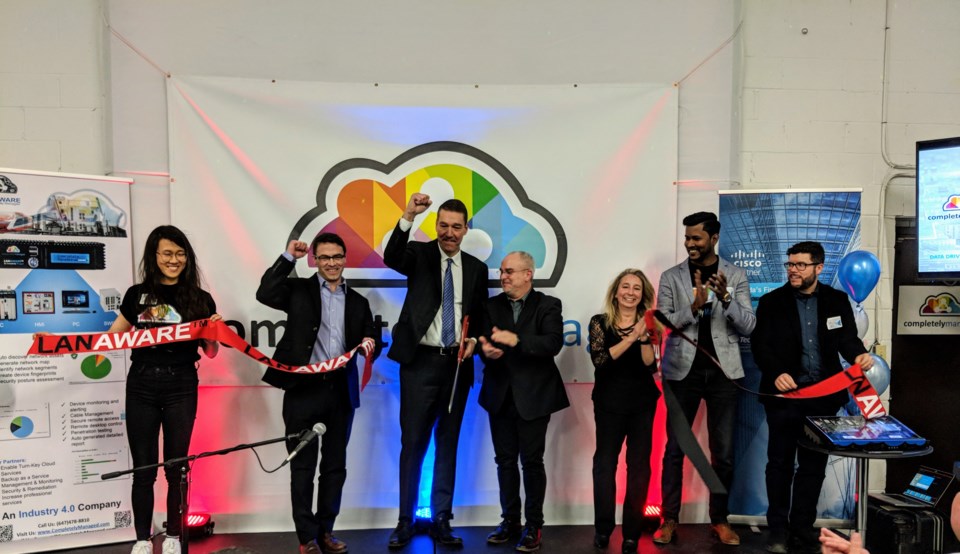 To understand the latest product offering from Newmarket technology company Completely Managed, one needs only to recall this quote from tech giant Cisco’s former CEO and legendary leader John Chambers: “There are two types of companies: those that have been hacked, and those who don't know they have been hacked.”

That bold statement was the driver behind an “a-ha” moment for Completely Managed president and CEO Rod Scotland who, on Friday, released the company’s latest software product, Lanaware, which provides real-time risk and security assessments, along with recommendations, for clients in the industrial operations sector such as Frito Lay and Maple Leaf Foods.

“When you think about this and the boldness of that statement, you realize that security should be considered through the lens of every acquisition of a new product,” Scotland said, referring to a seemingly never-ending onslaught of data-breach stories in the news.

“Lanaware is that platform. We tried to make this very simple, to take the technical out of networking, the interfaces, the cloud environment, and make installation extremely simple. We geared everything toward operators.”

Completely Managed opened up shop in Newmarket five years ago and employs a staff of 17, including engineers and software developers. The company, a recognized Cisco industrial partner that specializes in what’s known as the industrial internet of things (IIoT), offers secure, private and public cloud services, wireless site surveys, and the popular “engineer for a day” on-site client service.

It also manufactures the Xperience SmartKits, a durable, shock-resistance portable data centre that can be used at temporary construction sites or for disaster responses globally when networks need to get back online quickly, Scotland said.

“Our Smartkits can be rolled out of your car and plugged into the local job site,” he said.  “They come with their own battery, Internet, wireless security and video surveillance. That job site, for example, can be self-sustained and, at the end of the day, the contractor can fold it up and take it back home.”

The excitement about the Lanaware platform was palatable at the company headquarters on Nicholson Road, as high-profile technology partners such as Cisco and Gerrie Electric, among others, were part of a standing-room-only crowd.

“As great as this technology (Lanaware) is, the true innovation with Completely Managed is the people and their approach, that’s what drives innovation,” McKenzie said. “It’s the ability to connect that technology to people, to have it start working and start solving the actual human problems and expanding the human possibilities, and Completely Managed does that in spades.”

Scotland, who worked for two decades as an engineer with Cisco before taking the leap of faith and launching Completely Managed, describes the company as an “engineering house”.

“About five years ago, I thought it was time to build this company and that it becomes the engineering company, so our partners can have solid engineering while they go build sales,” Scotland said. “And so, two to three years later, we’ve evolved to become very deep-skilled in our staff and capabilities in our technology to deliver assessments, recommendations and the network services to go help and fix stuff on behalf of our customers and partners.”

As a resident of Holland Landing for 15 years, Scotland, his wife, Mary, and their family have deep local connections to the area. They are, Scotland said, part of the Newmarket community.

“Newmarket shouldn’t be perceived as the bedroom community outside of Toronto because there’s a lot of manufacturing here,” he said. “We’re surrounded by people that relate to manufacturing and the supply of things. There’s lots of innovation happening right here, it’s incredible. We can get in our car if we need something, and find it in a block.”

That, and the area’s affordability, is also a draw for the Scotlands.

“To have what we have here, for the cost of operating a new business, it made a lot of sense,” he said. “In my mind, I have no intention to leave Newmarket. I hope to just grow this business right here.”

Newmarket Mayor John Taylor said Completely Managed is exactly the kind of company the town would like to see established here.

Virtual reality bringing 'real' life experiences to Seneca students
Jan 25, 2020 12:46 PM
Comments
We welcome your feedback and encourage you to share your thoughts on this story. We ask that you be respectful of others and their points of view, refrain from personal attacks and stay on topic. To learn about our commenting policies and how we moderate, please read our Community Guidelines.