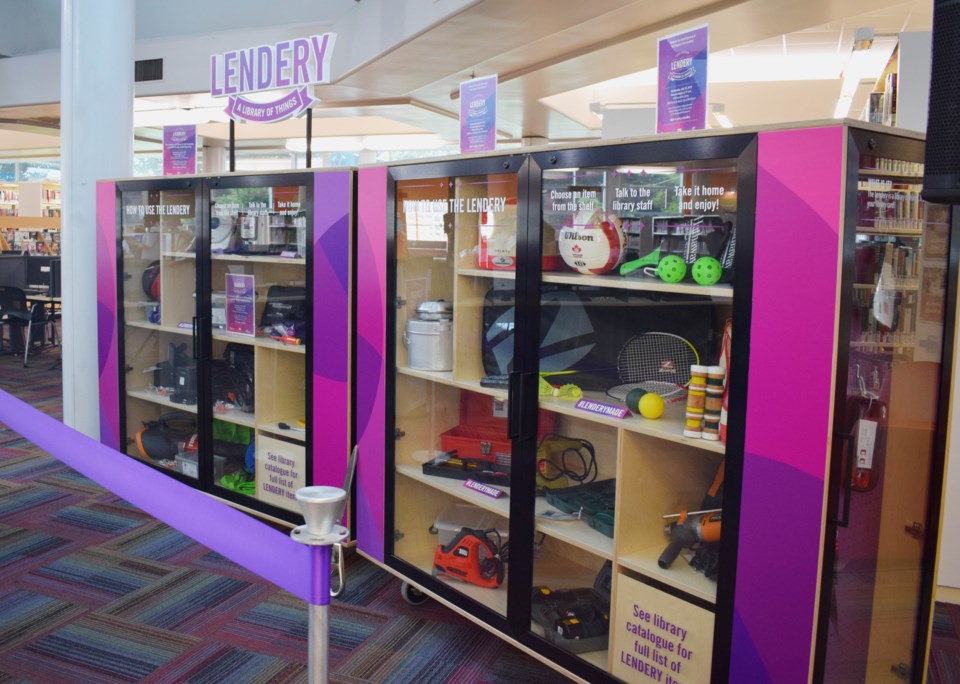 Newmarket Public Library plans to open The Lendery in January 2020. Shown above is the Lendery, which recently opened at Markham's Milliken Mills library. Supplied photo/Regional Municipality of York

The things you can borrow from the Newmarket Public Library is about to get a lot more diverse.

Come January 2020, the local library plans to expand its traditional offerings to include the addition of what’s known as a ‘lendery’, where members can borrow a wide range of donated items from tools and small appliances to camping and sports gear, games and party supplies.

It is a partnership between the Regional Municipality of York, the York Region Makers, who run NewMakeIt, and other libraries. Markham’s Milliken Mills library recently opened its version of the Lendery and Newmarket will be the second public library in the region to roll out the service.

“The benefit is to reduce waste by encouraging the sharing of useful items that residents often need only once in a while, such as tools, small appliances, and sports equipment,” Newmarket Public Library CEO Todd Kyle said. “Library users will be able to register and then use their library cards to borrow items just like they do books and other media.”

Kyle said the idea behind the Lendery was inspired by the Toronto Tool Library, which allows members to borrow thousands of tools for do-it-yourself projects, home renovations and repairs, lawn maintenance, and more, along with the phenomena known as the “library of things”, where items other than books and other media are loaned out in the same manner.

The concept has popped up in cities across Canada in recent years, including The Sharing Depot in Toronto, and other similar lending hubs in Calgary, Halifax, and Saskatoon.

Here in Newmarket, library members will be able to use items for a period of time without having to buy them using the existing library loaning system, Kyle said. The items will be mounted in a custom-designed movable display unit at the library where they can be browsed in-person and in the library’s online catalogue.

A donation drive is tentatively scheduled to launch on Sept. 14 with more details to follow. In the meantime, you are invited to take part in a quick, six-question survey to share your views on what you would like to see offered at Newmarket’s Lendery.

If you look closely, landscape tells natural history of area
Jan 19, 2020 3:30 PM
Comments
We welcome your feedback and encourage you to share your thoughts on this story. We ask that you be respectful of others and their points of view, refrain from personal attacks and stay on topic. To learn about our commenting policies and how we moderate, please read our Community Guidelines.