What does your handwriting reveal about you?

Expert Elaine Charal is offering a free analysis at the Newmarket Public Library May 21
0
May 9, 2019 5:15 PM By: NewmarketToday Staff 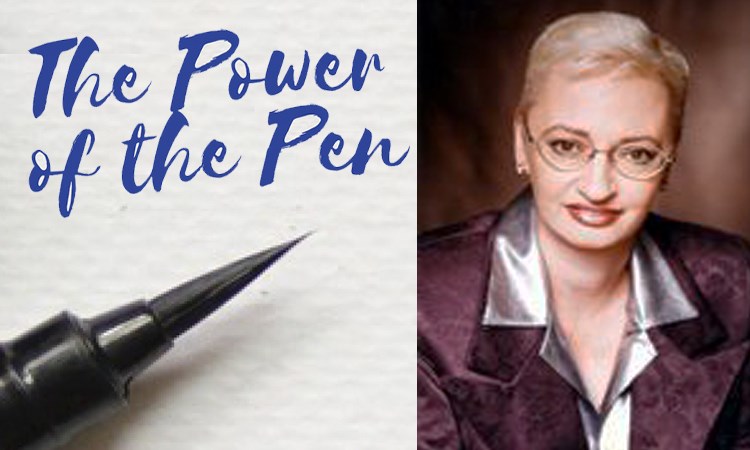 This article is written by Lorne Chase, marketing and communications coordinator at Newmarket Public Library. Click here to find out more about the library and its events and programs.

Can a person’s handwriting really provide clues to his personality? According to certified handwriting analyst Elaine Charal, those fluid strokes of ink on paper can reveal more about a person than you might think.

Charal has been interpreting people’s handwriting for years. She first became interested in graphology (the study of handwriting), when she had her own handwriting analyzed. She was amazed when the man who did the analysis pointed out personal traits that she knew were accurate.

This casual encounter set Charal on the path to seek further knowledge about how to interpret handwriting. She enrolled in a graphology course and learned how the strokes made when writing with a pen could reflect character traits. After graduating, she passed an exam and became a fully certified graphologist.

Charal says handwriting was first studied in the 1600s, but it wasn’t until the early part of the last century that it became part of the curriculum in universities throughout Europe. For a time, it was a required subject to obtain a degree in psychology and teaching. Louise Rice, an American newspaper reporter, brought the study of graphology to the U.S. in the 1920s, where it quickly grew in popularity.

Developing handwriting skills is one of the first major challenges children face when they go to school. The focus and perseverance required is reflected in a child’s face; tongues protruding in concentration as they hunch over a lined writing pad.

But in an age of handheld devices and keyboards, how important is handwriting?

“Learning to write helps a child focus and concentrate,” notes Charal. “The physical process of handwriting causes information to be more powerfully entered into a person’s brain. It’s an interesting phenomenon that as handwriting has decreased, so have literacy rates.”

Many companies also look at the importance of penmanship when hiring, conducting handwriting analyses of potential candidates. Charal does this for some companies, but she warns them against making it the sole determining factor when hiring.

“I always tell them to have another personality assessment for the candidate, and to also strongly rely on their ‘gut feelings’ and knowledge of their own corporate culture.”

Even in an era of widespread texting, it’s interesting to find out that handwriting is experiencing a revival in interest.

“Those aged 20 to 35 are discovering how attractive their writing looks when they use a fountain pen,” says Charal. “And Meghan Markle has brought new attention to calligraphy with her own writing.”

There is even an annual show called Scriptus, held at the Toronto Reference Library, all about writing with pen and paper. People attending the show are there to check out the numerous fancy fountain pens, different inks, and all types of attractive paper with different weights, colours and finishes.

Interest in handwriting has also resulted in the success of a website called Fontifier. For a fee, you can have a scanned sample of your handwriting transformed into your own personal font (you could name it MyVetica perhaps). This just illustrates how handwriting is another part of our individuality, as unique to each of us as any other personal trait.

The power of the pen, it seems, is in its ability to provide insights into who we are and what makes each of us unique. Or as famous playwright George Bernard Shaw said: “The beauty and nobility, the august mission and destiny, of human handwriting.”

Elaine Charal will be at Newmarket Public Library for a free session on Tuesday, May 21, from 7 to 9 p.m. Those in attendance will get a personal Handwriting Profile, and after her presentation, she will be available to do complimentary five-minute handwriting analyses for each attendee.

Register now with the library’s online Programs and Activities calendar, in person at the Lower Level Information Desk, or call 905-953-5110, ext. 4770