The Ministry of Transportation has opened the new interchange ‘overnight’ in time for Wednesday morning’s commute
0
Dec 19, 2018 1:09 AM By: Jenni Dunning 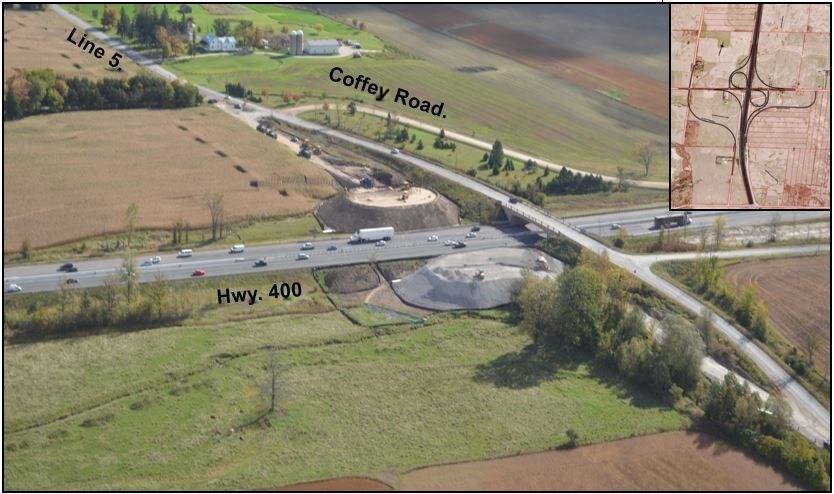 After nearly a decade of work, the Highway 400-Line 5 interchange will officially open overnight Tuesday in time for tomorrow morning’s commute, confirmed a spokesperson for the Town of Bradford West Gwillimbury.

The Ministry of Transportation advised the town it would completely open the interchange “overnight” on Tuesday, said Caleigh Clubine, the town’s community relations officer.

The interchange has been in the works for years, with an environmental assessment done in 2010 and construction starting in 2016.

The project included creating a new interchange and a new bridge on Line 5 going over the highway, as well as widening Line 5 to four lanes, installing traffic signals, street lights, watermains and forcemains, and realigning Sideroad 5, Coffey Road, and Fraser Creek.

BWG council is expected to pass a new bylaw at a meeting Tuesday evening to establish Line 5, Coffey Road and Sideroad 5 as parts of a public highway.

Newmarket Skating Club hosts provincial competition this weekend
Feb 20, 2020 4:30 PM
Comments
We welcome your feedback and encourage you to share your thoughts on this story. We ask that you be respectful of others and their points of view, refrain from personal attacks and stay on topic. To learn about our commenting policies and how we moderate, please read our Community Guidelines.