‘We have used some of our own local data, which has pointed out there are some local areas that are more deserving than the ministry’s hot spots,” says medical officer of health
Apr 22, 2021 4:18 PM By: Jessica Owen 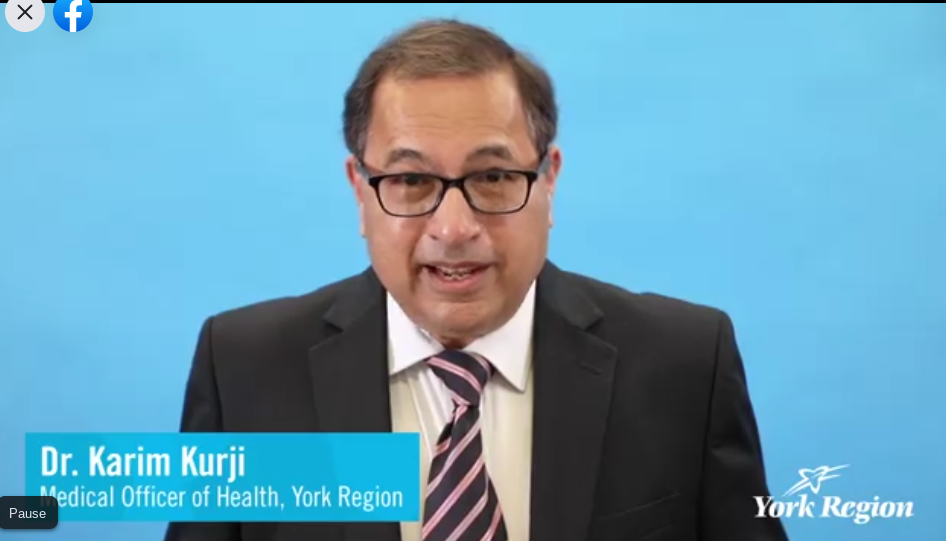 York Region will be adding new hot spots to its list to be prioritized for vaccination, including in Holland Landing.

“We have to really balance the approach between those we seek to protect (the vulnerable), and trying to break the transmission to bring down our cases,” said Kurji.

Ontario’s Ministry of Health had previously identified 13 hot spot high-priority communities in York Region. After looking at the local data, York Region’s public health unit pared the list to five areas to prioritize vaccinations due to a shortage in supply.

Kurji said public health is currently making a determination of whether they will now work toward vaccinating in the other hot spots, or whether they’ll turn their attention to other occupational health groups.

“When it comes to the hot spots... we have used some of our own local data, which has pointed out there are some local areas that are more deserving than the ministry’s hot spots,” said Kurji.

Kurji pointed to three postal codes that will likely be targeted as hot spots next: L4H (Vaughan), L6B (Markham) and L9N (East Gwillimbury).

“L9N is not in the ministry’s list of hot spots, however, according to our data, it qualifies more as a hot spot than the ministry’s list,” said Kurji. “Next we’ll be looking at (whether to) pivot to vaccinating essential workers who cannot work from home.”

He clarified that this could include teachers, workers in food manufacturing and agricultural workers.

“These are all issues under consideration. There are always pros and cons to any selection,” said Kurji.

Kurji said he has also approached the ministry on behalf of York Region to be included in a pilot project that would see the Pfizer vaccine offered in pharmacies.

“We hope we will be selected for that pilot,” he said.

Kurji said that 47 per cent of pharmacists across York Region now offer AstraZeneca.

“The introduction of AstraZeneca to folks over the age of 40 has been a great boost to the immunization effort,” he said.

Many primary care physicians across York Region are also offering the AstraZeneca vaccine.

As part of the update, Newmarket Mayor John Taylor raised what he said was the Number 1 concern he hears about from residents.

Kurji said public health understands the concern, and he supports children getting back to school as soon as possible.

“The ministry has said they will support, in Toronto and Peel, the vaccination of teachers,” said Kurji. “Other areas will be supported subsequently. The reality is, we just don’t have the vaccines just now.”