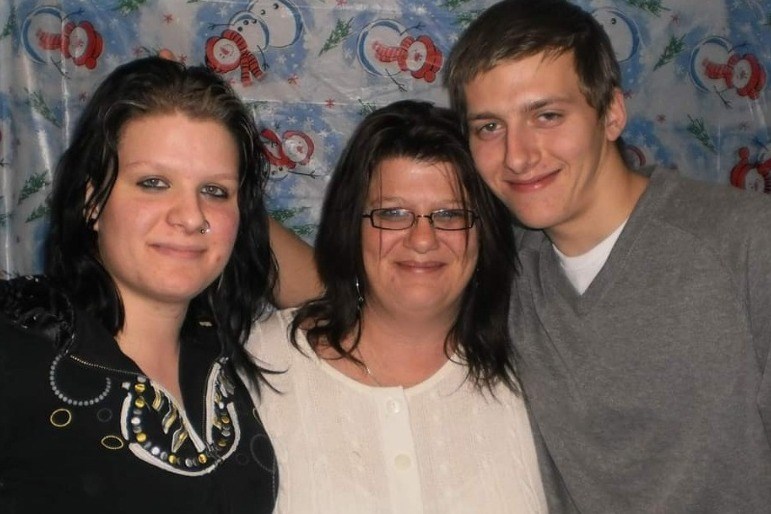 Tracy Walker, 46 (centre), died Jan. 24, two days after being struck by a vehicle on Davis Drive in Newmarket. GoFundMe photo

The grandmother of two who died Thursday after being struck by a vehicle while she was walking across the road is being remembered as “the baby sister” who will never be forgotten.

Tracy Walker, 46, died in a Toronto trauma hospital two days after sustaining life-threatening injuries in the evening rush-hour collision at Davis and Longford drives in Newmarket. The 87-year-old female driver, who was operating a 2009 white Hyundai Santa Fe, had remained at the scene.

“Early this morning, my sister Tracy Walker quietly passed away,” she wrote. “I love you with all my heart. You were my baby sister. I will always hold you close to my heart. You are now with mom and dad and one day we will meet again. Gone for now but never forgotten.”

Kelly also responded to the outpouring of comments with this thought: “Please include the 87-year-old lady as well (in your thoughts), as her mental health has deteriorated. She had broken no laws. Tracy was in her blind spot and it was too late for her (driver) to stop. Again, thank you all.”

A GoFundMe campaign has been launched by a cousin to help the two adult children she leaves behind pay for funeral expenses. At the time of publication, the campaign had reached $425 of its $10,000 goal.

The cousin, Buffy Anne, writes on the online fundraising website: “Tracy has two, young adult children that she loved dearly, and who now are not only dealing with the grief of losing their mother, but are hit with serious monetary hardships associated with all the preparations that follow such a tragedy.

“Both of (Walker’s) children have just had children of their own. Her son had his child less than a year ago and her daughter just had a wedding, and her baby girl was born less than one month ago.”

Buffy Anne continued to say Walker’s two children lost their father in 2016, and neither parent had life insurance.

“These kids have gone through enough, way too much loss and heartache,” she wrote. “This should be the happiest time of their lives and, it is, but it is also the worst. So if anyone could help, just a little, that would be just a little they don't have to deal with and take so much off their shoulders and allow them to grieve without anymore stress added. Please, any help would be appreciated greatly.”

York Regional Police is continuing its investigation and is urging any witnesses who have not yet spoken with police, or anyone who may have dashcam footage of the collision, to please come forward.

Victim in pedestrian collision succumbs to injuries
Jan 24, 2019 4:09 PM
Comments
We welcome your feedback and encourage you to share your thoughts. We ask that you be respectful of others and their points of view, refrain from personal attacks and stay on topic. To learn about our commenting policies and how we moderate, please read our Community Guidelines.