Do you want more digital content at your Newmarket library?

Here's what you can do and why you're facing long wait times, restricted access to eBooks, eAudiobooks
0
Nov 8, 2019 1:48 PM By: Kim Champion 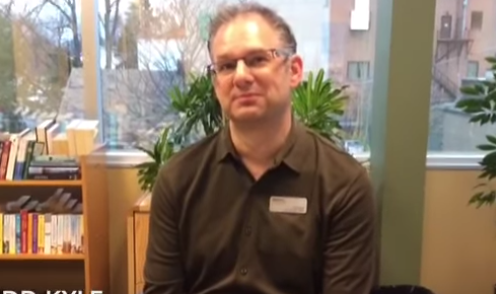 The Newmarket Public Library has joined forces with the Canadian Urban Libraries Council in its battle with multinational publishers over what it says is “excessively high prices and restrictive purchasing models” for eBooks and eAudiobooks.

That’s because some publishers have decided to sell only one eBook title to a given library, and other multinational publishers are not making available digital copies of some prominent Canadian titles to libraries across the country.

As well, libraries say the prices they are being charged for eBooks are much higher than regular retail, and allows them a two-year window to loan until they have to re-purchase each title.

“Public libraries like ours are seeking to provide the same level of variety and timely access to eBooks as we do with print books, but publishers’ policies are preventing that,” Newmarket Public Library CEO Todd Kyle said.

“Research shows that people who borrow books from libraries also buy books, print or electronic,” he added. “We think libraries are a discovery engine for readers that drive interest and support the work of authors and publishers.”

Meanwhile, the Canadian Urban Libraries Council has launched a social media campaign known as #eContentForLibraries, that encourages eBook and eAudiobook lovers to share their views directly with publishers.

“We want to work together with the major international publishers to establish stronger #eContentForLibraries and fair pricing models that benefit everyone,” the organization’s website states. “If you want more digital content in your public libraries, spread the word or voice your concerns directly to the publishers who have the power to fix things.”

The council also notes that demand for eAudiobooks is skyrocketing.

“Libraries are crucial to creating a vibrant publishing industry in Canada, and we’re constantly introducing Canadians to new titles and authors, directly influencing potential customers and fueling sales outside the library,” the council states. “Just as importantly, our libraries have significant purchasing power, but that only matters if we can buy the content our users want.”

The council offers as an example a book by David Baldacci, The Fallen, published by Hachette Canada, which costs libraries $22.80 for a physical copy and $87 for its digital equivalent.

The publishers the campaign hopes to interact with are Hachette Book Group (Canada), HarperCollins, Macmillan, Penguin Random House, and Simon and Schuster Canada.

Hachette Canada could not be reached for comment at the time of publication.

For more information on the Canadian Urban Libraries Council and its #eContentForLibraries campaign, visit here.