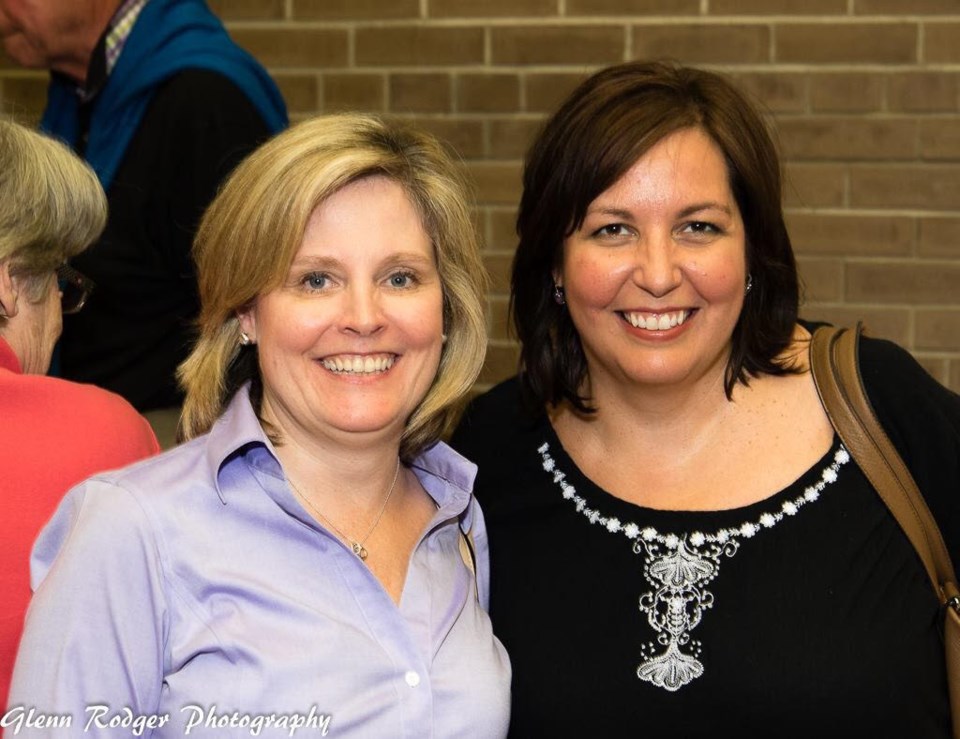 If there’s one thing that the co-founders of Bully Free Community Alliance brought home with them from the National Child Day conference in Ottawa, it’s that young people want a seat at the table when adults make decisions about them.

“It’s always a great experience as adults to hear their perspective and what they have to say, and we can sit around and talk until we’re blue in the face about solutions, but if we’re not involving our youth in those solutions, then we’re not coming up with the good ones,” said Bessie Vlasis, who together with Gwyneth Anderson, also founded the Newmarket Parent Network as a hub to share information.

Vlasis and Anderson agree that when decisions are being made for youth that directly impact them, they should be part of that conversation.

The local duo made the trek to Ottawa Nov. 20 to participate in the child advocacy group Children First Canada-sponsored conference that also marked the 30th anniversary of the United Nations Convention on the Rights of the Child.

The day-long national event at the National Arts Centre featured a forum for the many children and youth participants aged between eight and 18 to learn about their rights and the Canadian Children’s Charter, and to engage them on such things as the reality of their day-to-day experiences and what it will take to make Canada the best place in the world in which to grow up.

“One of the key things that stood out was the fact that when Children First Canada did their report and they surveyed Canadians, most Canadians feel that children in Canada are just fine when, in actual fact, we are not doing as well as we should be,” Anderson said. “Particularly when suicide is the second-leading cause of death for youth in Canada. That’s a big statistic that stands out to us.”

As co-founders of York Region’s anti-bullying alliance, that’s something that needs attention, they said.

For example, the alliance was instrumental in persuading both the public and Catholic school boards in 2012 to implement an anti-bullying measure on their respective websites known as Report It.

That tool came out of the Our Voice conference at the time, which asked students across the boards about their views on bullying, its causes, and what their needs were in response to it.

Those insights from students themselves were also at the forefront of the Ottawa conference, where mental health, bullying, the environment, and perceived lack of opportunities and support systems for youth emerged.

“This came out of an exercise where students worked in groups and then presented what they felt that Canada should focus on,” Anderson said. “They don’t want to hear adults talk about these issues, they want to see action. This is their lives. They kind of ran the show, which was amazing.”

Vlasis added that there were many youth participants from Indigenous communities, and it was clear they were struggling the most, with such things as a lack of housing, food, and clean drinking water.

“They call this (cohort) Generation Z the call-to-action generation, and with the kids that we saw, that’s very much the case,” Vlasis said. “They have this sense of purpose and responsibility to make things right. They said they are responsible for fixing the previous generation’s problems.”

When it comes to bullying, an issue about which the local parents take a lead on, the new measures announced last week by the Ontario government to prevent and combat bullying in schools are welcomed.

Vlasis and Anderson said that they support anybody who brings bullying to the forefront, and have already reached out to Education Minister Stephen Lecce to let him know they are interested in being part of the process.

“Bullying still happens, it’s a very important issue, and we’ve had way too many calls about violence, really horrible violence where police are involved,” Anderson said. “If Ontario is paying attention to this, we are happy, and we want to collaborate and work with them. However, we need students involved.”

Vlasis noted that every two years, school boards conduct their own surveys that include questions on bullying.

“The government might want to reach out to school boards because the information is already there, instead of spending millions on more surveys,” she said.

The parents agreed more training is always great, but suggested there also needs to be more resources and supports for students to access.

“You can do surveys, put policies in place, and it means nothing if the students aren’t feeling the change,” they said. “Students themselves need to be 100 per cent involved, sitting at the table, and we, as adults, need to listen and we need to respond.”

Heavy rain possible today: Environment Canada
May 28, 2020 5:58 AM
Comments
We welcome your feedback and encourage you to share your thoughts. We ask that you be respectful of others and their points of view, refrain from personal attacks and stay on topic. To learn about our commenting policies and how we moderate, please read our Community Guidelines.