The town is also exploring longer term options to solve the perennial shortage of parking in the Main Street area
Aug 25, 2020 1:57 PM By: Debora Kelly 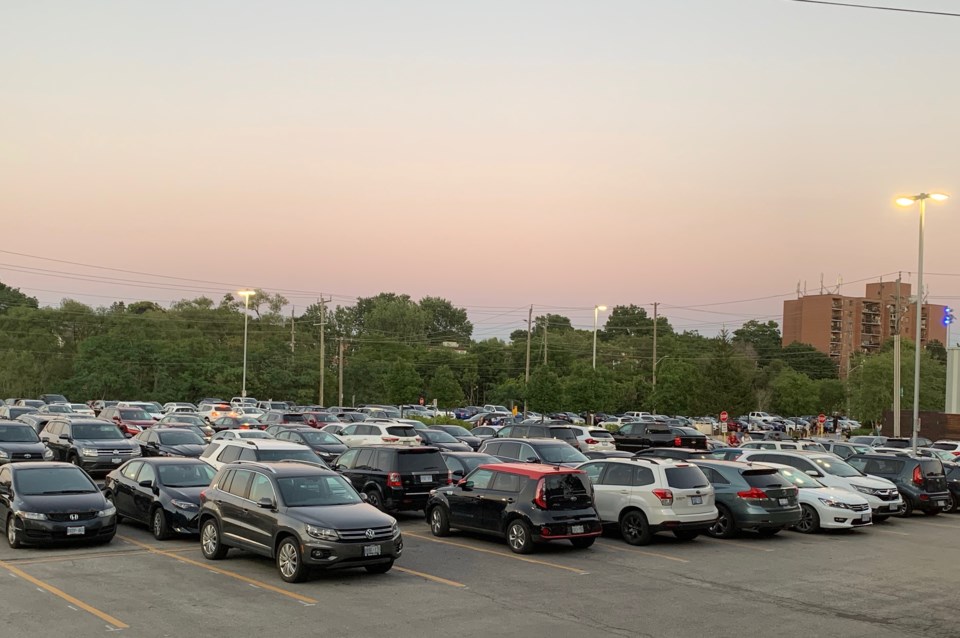 As COVID-19 pandemic restrictions ease and Newmarket’s downtown begins to bustle again, the town is moving to quickly add nearly 50 parking spots, while also exploring longer term options to solve the perennial shortage of parking in the Main Street area.

About 14 parking spots could be opened on the north side of D’Arcy Street, east of Church Street, where parking is currently permitted only on Sundays, council unanimously agreed at its committee of the whole meeting Aug. 24.

The town is in discussion with the nearby St Paul’s Anglican Church, on Church Street, to access 30 spots in its parking lot for a “relatively low cost” at times when it’s not being used by its parishioners, according to Susan Chase, director of innovation and strategic initiatives, who presented the report of a joint BIA and town task force workshop reviewing options for parking in the short, medium and long term.

As well, four spots on Main Street north that are currently unmarked will be designated for parking, at a cost of $3,000.

The town has made it clear finding solutions to downtown parking woes are a priority, said Mayor John Taylor, not only in creating additional spaces but also by amending bylaws and adding wayfinding options.

The revitalization of Main Street, including the addition of a variety of restaurants and pubs, and the popularity of the town's events, such as last summer's free concerts that attracted thousands to Riverwalk Commons, have exacerbated the longtime downtown parking dilemma.

As Newmarket moved into stage 3 last month, and more businesses and restaurants reopened, the parking lots that were nearly empty throughout the pandemic have begun to fill again.

Staff were directed to begin pursuing agreements for shared parking with other nearby churches, such as the Christian Baptist Church, located across the street from Old Flame Brewing Co. opening in 2021, and daycare centres such as Magic Kingdom.

Another three to eight spots could be found on Cedar Street, tucked in behind the community centre at Riverwalk Commons, however, the area is currently used for deliveries and access to some businesses on Main Street.

To meet widths required by bylaw, hydro would first need to be moved underground, Chase said of the option estimated to cost $25,000, to be included in the 2021 or 2022 town budgets.

The 30-minute parking limit on Main Street implemented to ease pick-up and take-out at local businesses during the pandemic would stay in place for the remainder of the year, according to the motion approved by councillors.

Medium-term options, with a timeline of one to three years, include potential shared parking agreements at the former Habitat Humanity office, on Eagle at Church Street, for about five or seven spaces at an estimated cost of $35,000. The heritage property is currently leased to a developer, with provisions for public parking from 7 p.m. to 7 a.m.

Up to 12 new spaces could be created by converting a portion of green space near the All Our Kids (AOK) accessible playground on Timothy Street, east of the train tracks, near the Tom Taylor Trail at Riverwalk Commons.

Councillors rejected an option for creating up to 29 spaces at the AOK playground, at an estimated cost of  $75,000, acknowledging the significant loss of passive green space. Staff were requested to advance the option for up to 12 parallel stalls on the west side of the entrance way at a cost of about $32,250.

Among the longer term options, with a timeline of three to five years, are exploring the long-standing proposal to build a parking lot in the conservation authority-owned green space west of the trail at Fairy Lake, immediately south of Cachet Supper Club at the south end of Main.

Council directed staff to issue a non-binding RFP (request for proposals) to determine the cost of the project, which consultants have estimated as high —  “at ‘$23,000-plus’ per parking space, as opposed to (an) average of about $5,300 per space in 2017 dollars,” according to the report.

“If it’s extremely expensive, we would not move forward,” said Taylor, adding the town should “find out once and for all” if the proposal is viable.

As well, the town is in discussions with the Newmarket Community Tennis Club, on Doug Duncan Drive at Riverwalk Commons, regarding its potential relocation to provide about 120 additional spots.

Options for a multi-level parking structure, which could be modular, permanent or temporary, also remain on the table.

A component of the town’s parking strategy also includes exploring paid parking at certain times, and wayfinding options to make it easier for visitors to the town to find out where parking is available.

Final approval of the motion would occur at the Aug. 31 council meeting.