'We don’t feel alone at all, we feel a part of a bigger community that’s really trying to address some complicated new issues, that’s been a lifeline,' executive director of Newmarket's only homeless shelter says
Mar 30, 2020 1:55 PM By: Kim Champion 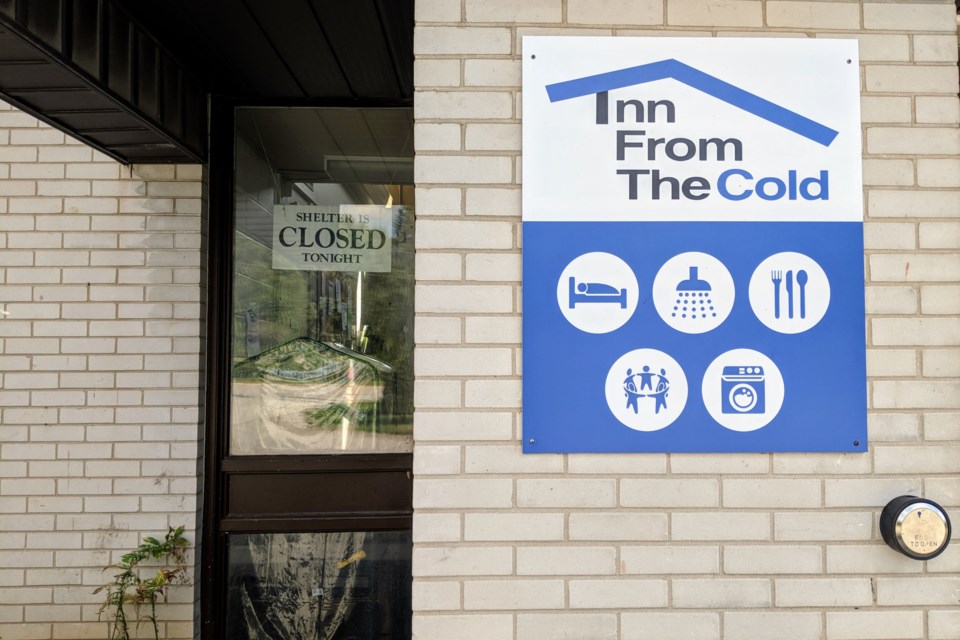 Newmarket's Inn from the Cold will extend its overnight shelter program until May 5, 2020. File photo/NewmarketToday

Newmarket’s only seasonal homeless shelter will extend its overnight shelter program by one month as the near shutdown continues in the community to slow the spread of COVID-19.

Inn from the Cold will provide about four less beds due to public health recommendations around physical distancing and keeping a six-foot distance between guests as they sleep and dine, but it will still be able to offer up to 32 beds for men and women aged 16 and older until May 5.

The program, which begins every year in November, was scheduled to end April 5.

“We had to reduce our numbers and we’ve been very creative, opening up other spaces for sleeping,” executive director Ann Watson said. “But we are turning people away, which is sort of rare for this time of year. A lot of people might choose to sleep outside once it gets a little warmer.”

Since the coronavirus appeared in York Region on Feb. 29 and was declared a pandemic not long after by the World Health Organization, Watson and her small staff began preparing for what might follow.

The shelter had to suspend its 200-plus volunteers who are instrumental in running its programs and services, community partners retracted to provide telephone support only, the Friday community meal became a take-out service, and its three-day-a-week drop-in was shuttered.

Anecdotally, at least, Watson said she’s seen an uptick in the number of men who are housed that have nowhere to turn but the shelter after leaving home because of family conflict.

The stress that the “new normal” of self-isolation puts on relationships, along with job layoffs, reduced income, self-isolating with partners and kids, has created a new client group, she said.

“A few men have had to seek shelter because they can’t afford to stay in a hotel, and family and friends don’t want them to stay with them because of self-isolation, so they have nowhere to turn,” said Watson. “That’s a new thing and these aren’t your normal shelter guys. The other guys are asking them if they’re a cop,” she said.

Some regular Inn clients are struggling with severe mental health because they aren’t getting the care and attention they normally would get because the focus is on COVID-19, she added.

“There’s a lot of people struggling and I know all of us are trying to do phone support, but it just doesn’t take the place of that face-to-face conversation with that trusted person that you know is going to be there every week to talk to you,” Watson said. “So, we’re seeing an increase in people coming to us under duress who might not have had to come to us in the past.”

But overall, the shelter’s clients have been “exceptional” in adapting to all of the changes due to COVID-19, including having their temperature taken each day, constant monitoring throughout their stay, supervised smoke breaks, and enforcement of physical distancing guidelines.

“Some guests couldn’t visualize the six-feet apart distance, so we started to say a very Canadian thing and remind people that they have to stay a hockey stick length apart from each other,” she said. “That’s really working well.”

“I know it’s been incredibly stressful for them, but they’re been offering to clean, take out the garbage and recycling bins. They’re just so helpful,” she said. “They see our volunteers aren’t there, and they’re thanking us and telling us not to work so hard. They’re very gracious, it’s quite incredible.”

So far, three of the shelter’s clients have been removed because they weren’t feeling well and sent to Southlake Regional Health Centre’s COVID-19 assessment centre. They are still awaiting test results, but in the meantime, they have are being kept for observation at the hospital.

“Southlake has been great at keeping them, and if they come back negative, they can come back to the shelter,” Watson said.

If they come back positive for the respiratory disease, they could be moved to an emergency isolation site expected to be open later this week at Blue Door Shelters’ family shelter known as Leeder Place in East Gwillimbury.

However, one client who was in need was transferred to the Leeder isolation site yesterday, CEO Michael Braithwaite said.

The families that were at Leeder Place are now in a hotel with the staff who transferred to the site with them.

The site is run by the Regional Municipal of York with Blue Door providing staffing support. There is nursing support on site for clients, too, so they can self-isolate, get the supports they need, and staff can remain safe while providing that, Braithwaite said.

“The hospital will work with York Region to determine who will come to the site,” said Braithwaite. “Right now, we are looking at clients with positive-like symptoms or who have tested positive, but the Region of York is still finalizing that piece.”

“We are so proud of our partnership with the Region of York and of the amazing Blue Door team for making this happen in a short amount of time,” Braithwaite said. “Everyone deserves a safe place to call home, now even more so than ever, and working together as a community we are making that happen.”

Watson anticipates that local demand for shelter could increase in the coming days, as the Mosaic Interfaith Out of the Cold closes down its Richmond Hill, and Vaughan shelters March 30. Out of the Cold's Markham location has been able to extend its season to April 30, thanks to funding from the Regional Municipality of York.

The regional government also stepped in and extended funding to keep Inn from the Cold open for an extra month.

The Inn’s shelter clients are watching the coronavirus news at the shelter 24/7, Watson said, they know exactly how many cases are in countries around the world.

“It’s really interesting how they’re staying on top of it,” she said. “And I don’t see panic in our clients, which is great.”

Meanwhile, the “new normal” for the local shelter system finds everyone working together to coordinate services for the homeless, and York Region has stepped up and helped partners through with daily communication, said Watson.

“We don’t feel alone at all, we feel a part of a bigger community that’s really trying to address some complicated new issues, that’s been a lifeline,” she said. “When you feel you’re doing it together that makes a big difference for us.”

COVID-19 Today: School, child care cases for Newmarket, York Region, and Ontario
Oct 24, 2020 6:35 PM
Comments
We welcome your feedback and encourage you to share your thoughts. We ask that you be respectful of others and their points of view, refrain from personal attacks and stay on topic. To learn about our commenting policies and how we moderate, please read our Community Guidelines.