In this weekend's Remember This?, guest columnist Wes Playter highlights the connection between The Maple Leaf Forever, its composer and Newmarket
0
Jul 13, 2019 8:15 AM By: NewmarketToday Staff 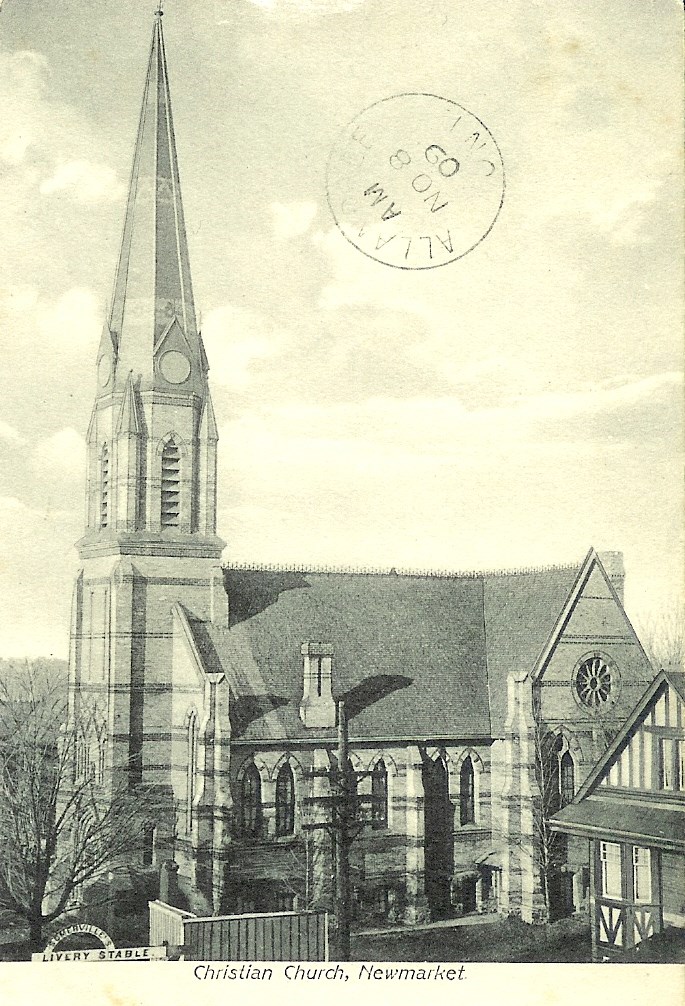 On July 25, 1874, the cornerstone was laid for the Christian Church (now the Christian Baptist Church) at the top of Main Street.

This event was surrounded by much pomp and ceremony. Six triumphal evergreen arches were erected over Main Street as the town welcomed the Earl of Dufferin, governor general, who arrived to lay the stone. The cornerstone is inscribed “Straight Forward” and bears the governor general’s name and the date.

The day also marked another historic event. Composer Alexander Muir (1830-1906), then principal of the local public school on Prospect Street (now the site of Alexander Muir Retirement Residence) took his students to the dedication ceremony. It is here that his song, The Maple Leaf Forever, was first sung in public, by his students. Muir had written the work after serving with the Queen's Own Rifles of Toronto in the Battle of Ridgeway against the Fenians in 1866.

The patriotic anthem was inspired by a large silver maple tree on the corner of Memory Lane and Laing Street (Queen Street East) in Toronto. The song became very popular in English Canada and was for many years considered the unofficial national anthem. Due to its pro-British perspective, it became unpopular among French Canadians, which prevented it from becoming an official anthem.The song is the official regimental march of the Queen’s Own Rifles and the Royal Westminster Regiment.

The tree that inspired The Maple Leaf Forever was felled during the massive windstorm that hit Toronto and area in July 2013. The tree was milled at the Evergreen Brick Works in March of that year with a ceremony attended by museums and historical societies across Canada.

There are many local tributes to Alexander Muir and The Maple Leaf Forever. In September 2012 , the congregation of the Christian Baptist Church installed a new memorial stained-glass window in memory of Muir and his anthem. The school on Prospect Street whose pupils first sang his song in public was eventually named in his honour. Although this school was demolished in the late 1970s, a new school in Ward 7 was named after this famous teacher and composer.

Wes Playter, who is the past-chairman of Heritage Newmarket and past-president of the Newmarket Historical Society, publishes coffee table books on our town’s history and performs lectures for organizations and schools. Playter has a degree in Canadian history from the University of Toronto and is a recipient of the Ontario Heritage Award and Queen’s Jubilee Medal. He lives in Newmarket with his wife, Juliana, and his daughter, Millicent.

Newmarket marked reign of Queen Victoria with large-scale celebrations
May 23, 2020 11:45 AM

Bob Forhan blazed a path in hockey, politics remembered to this day
May 9, 2020 12:30 PM
Comments
We welcome your feedback and encourage you to share your thoughts. We ask that you be respectful of others and their points of view, refrain from personal attacks and stay on topic. To learn about our commenting policies and how we moderate, please read our Community Guidelines.