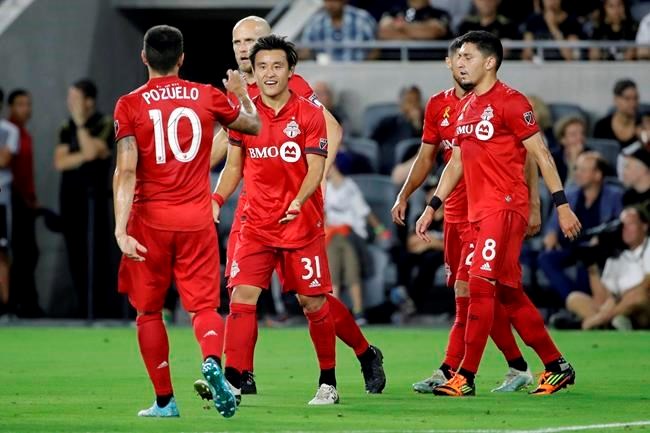 Los Angeles outshot Toronto 17 to 8, with five shots on goal to one for Toronto.

Los Angeles's next match is Wednesday at home against Houston, and Toronto next plays Sunday at the Fire.

The Associated Press created this story using technology provided by Data Skrive and data from Sportradar.

Canucks GM says team could hold camp in U.S. due to Canada's quarantine rules
May 27, 2020 7:41 PM
Calgary Flames have a lot of time to think about the Winnipeg Jets
May 27, 2020 7:29 PM
Comments
We welcome your feedback and encourage you to share your thoughts. We ask that you be respectful of others and their points of view, refrain from personal attacks and stay on topic. To learn about our commenting policies and how we moderate, please read our Community Guidelines.