TORONTO — Matty Russell had three tries as the Toronto Wolfpack extended their win streak to 19 games with a 46-0 win over the Rochdale Hornets on Saturday afternoon.
0
Aug 17, 2019 4:41 PM By: Canadian Press 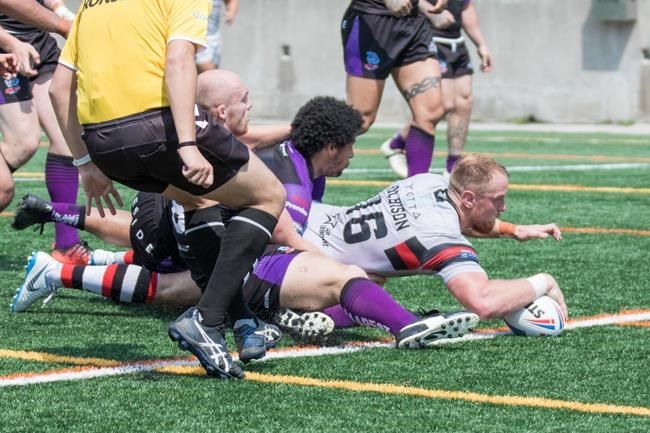 TORONTO — Matty Russell had three tries as the Toronto Wolfpack extended their win streak to 19 games with a 46-0 win over the Rochdale Hornets on Saturday afternoon.

Gareth O'Brein and Chase Stanley had two tries apiece for the Wolfpack before officials called the game off in the 74th minute due to thunderstorms in the area.

Toronto, having long wrapped up top spot in the second-tier Betfred Championship, will get a week off after the regular season ends before taking on the winner of a qualifying match between the second and third seeds.

Toulouse Olympique XIII sits second in the standings after a 46-0 win Saturday. Leigh Centurions are third.

The Wolfpack, in their third season, missed a chance to advance to the Super League last season when they were defeated 4-2 at home by the London Broncos.