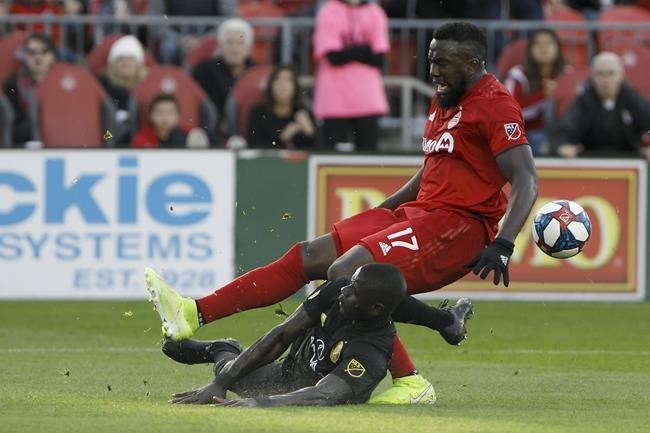 Star striker Jozy Altidore did not make the game-day 18 due to a quad strain suffered in Toronto's regular season finale Oct. 6. Key defender Omar Gonzalez was also absent due to a hamstring strain.

This report by The Canadian Press was first published Oct. 17, 2019.

Tokyo Olympics just beginning the race to reset themselves
May 28, 2020 10:07 AM
Comments
We welcome your feedback and encourage you to share your thoughts. We ask that you be respectful of others and their points of view, refrain from personal attacks and stay on topic. To learn about our commenting policies and how we moderate, please read our Community Guidelines.