From Chelsea FC and the New York Yankees to the Canadian softball team, a Toronto-based sports-tech company is helping athletes train smarter. Founded in 2014, PUSH allows real-time monitoring by coaches, no matter where they are.
Jun 16, 2020 7:00 AM By: Canadian Press 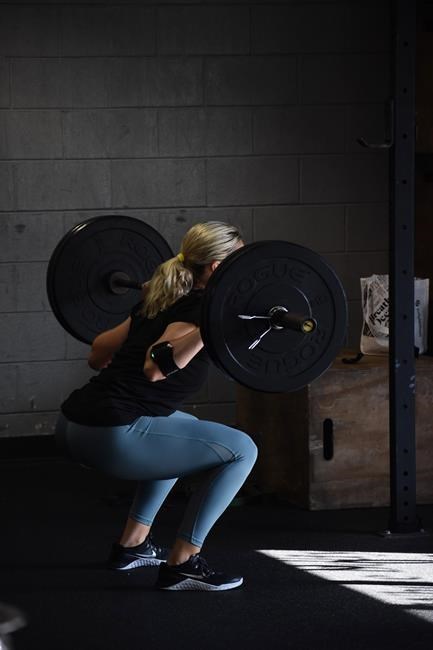 From Chelsea FC and the New York Yankees to the Canadian softball team, a Toronto-based sports-tech company is helping athletes train smarter.

Founded in 2014, PUSH allows real-time monitoring by coaches, no matter where they are. The athletes, meanwhile, get immediate feedback and can track improvements.

The idea came from PUSH co-founder and chief product officer Rami Alhamad, whose background is mechatronic engineering. He saw an opening to use technology to support training.

The PUSH system allows coaches to delve into some 500 exercises stored in the cloud and build a workout for their athletes. The workout is then sent to the athletes via an app.

The athletes wear an accelerometer band or attach it to their weights, then start following the exercises. The sensor tracks the movements/velocity, giving the athlete and coach real-time feedback.

"The reason that's important is because the No. 1 issue for people like you and I, as well as athletes, is motivation — the motivation to work hard and to continue to do their exercises every day," said PUSH CEO Paul Schiffner.

In a team scenario, members of a football team can attach an iPad to a weight rack and then tap their profile on the app to get their individual workout program. That data can be then be loaded to a leaderboard on a TV screen to compare performances.

The coach, meanwhile, can review the data and adjust workouts as needed.

A football lineman, for example, may look to do a dead lift at the optimal speed to achieve his goal. If the player lifts too quickly, the system can advise to add weight to get to that optimal speed. If the speed is too slow, the weight could be too heavy so the system advises to lighten the load.

"Everything is designed to optimize, to try and limit injury and limit over-training," said Schiffner, whose resume includes management stints with Weight Watchers, the Gap, Second Cup and Pepsico.

The company, which has 17 employees, offers pro teams a higher level of data access/metrics for their sports science staff and strength and conditioning coaches to analyse.

The company is now looking to deliver a consumer version to bring in weekend warrior athletes.

Schiffner says the pandemic has been both good and bad for business. While many pro and college teams have taken a hiatus, Olympic athletes have shown great interest.

"And because we're the only system in the market that works both in the gym and at home, we've had a number of our teams actually reach out to us and want systems to give to their athletes for home-based workouts," said Schiffner.

While PUSH has some competitors, Schiffner says none offer the flexibility of being able to also work in a home environment.

That's important to Halifax-based Scott Wilgress, the Canadian softball team's strength and conditioning coach. His softball athletes are scattered around North America and have limited time together.

When Wilgress started working with the team in 2016, he wanted a way to improve accountability among the athletes. PUSH did that, while allowing him to see not only what they were doing but how they were doing it.

He also likes the fact that the PUSH sensor, which can be worn on the arm or on a belt or attached to weights, allows for a variety of exercise.

"With softball being an explosive rotational sport, we do a lot of medicine ball throwing and this gives not only me a chance to see the improvements in something like that but also the athletes — they see the numbers, they want the numbers to be higher," he said.

Wilgress will often post a leaderboard with different lifts, which provides competition among the athletes. He can also adjust programs to different times of the year depending on the players needs.

The softball team came together in February and March in Halifax in advance of the sport's return to the Olympics in Tokyo — which has now been delayed until next year due to the global pandemic.

Wilgress, who is the lead strength and conditioning coach at the Canadian Sport Centre Atlantic and an adjunct professor at Dalhousie, also works with the Canadian women's gymnastics and women's kayak teams.

Canadian outfielder Victoria Hayward, who was born in Toronto but now calls Orlando home, says PUSH has been a "huge part" in helping the team softball make progress while the players are apart again.

The team used to have paper programs. Now it is all on their phone app with instructional videos and notes including how to pace the workout from lifting weights to medicine ball work, standing jumps and pull-ups and push-ups.

"It just gives us confidence in our ability to train successfully when we're not together and just trust that we have a process in place that's going to keep bringing us success if we stick to it," she said.

Hayward, 28, credits Willgress for changing the team's approach to strength and conditioning. But she says PUSH improves workout execution, accountability and communication.

"Since PUSH, we've been able to really dive into individual positional strengths," she said. "So some people are going to be focused a little bit more on that velocity-based training whereas some people will go into a strength phase, working heavier weights with less reps.

"So just the customization and his ability to kind of track and monitor where we are has been a total game-changer. And I think it shows with the personal bests and the growth that we're getting to see come those fitness-testing days."

This report by The Canadian Press was first published June 16, 2020.