TORONTO — Rocco Romeo, who served as a ball boy at Toronto FC games growing up, has signed a first-team contract with the MLS team as a homegrown player. The 19-year-old defender from Richmond Hill, Ont.
Jan 21, 2020 5:00 PM By: Canadian Press 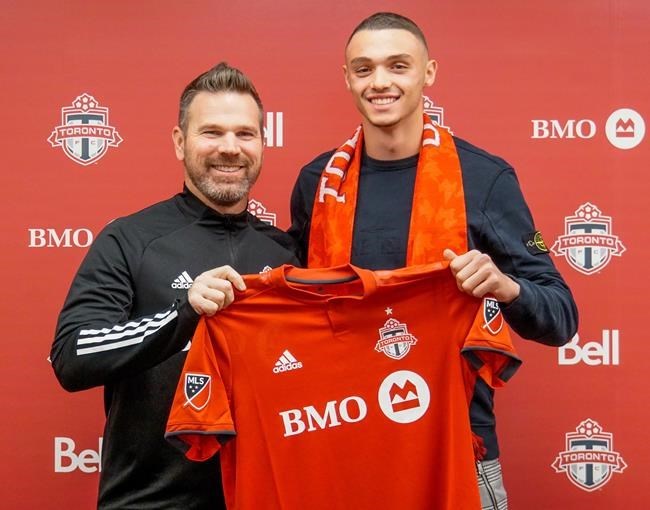 TORONTO — Rocco Romeo, who served as a ball boy at Toronto FC games growing up, has signed a first-team contract with the MLS team as a homegrown player.

The 19-year-old defender from Richmond Hill, Ont., becomes the 21st player in club history to join the first team from the Toronto FC academy.

Romeo was all smiles Tuesday but said he had no plans to celebrate his deal.

"There's still a long way to go ... I've already told my family, no parties, no dinners, nothing."

Romeo said he always put his hand up when the call went out to his youth club for ball boys at Toronto games.

"I'd always volunteer because I thought it was pretty cool being field level and watching the game," he said.

His parents had season tickets in the 2016 and 2017 season and Romeo was in the stands when Toronto won the MLS Cup in 2017.

"I was debating running on the field but my dad would have kicked my ass," he said.

Romeo appeared in 10 matches for Toronto FC II during the 2019 USL One regular season. He also had a short loan spell with Danish second-division side HB Koge where he made eight appearances. He said he grew up on and off the field in his six months in Denmark.

"We'll find ways to continue to challenge him," said Vanney.

With Omar Gonzalez and Chris Mavinga as Toronto's first-choice partnership at centre back, with veterans Laurent Ciman and Eriq Zavaleta in reserve, Vanney has depth in defence. But he said Romeo will see action in the pre-season and get his chance to shine.

"We're optimistic we can make some real progress with him this year," he added.

Romeo joined the Toronto academy in 2014 and signed for Toronto FC II in September 2017, becoming the 28th player from the academy to sign a pro contract.

Romeo, who represented Canada at the under-20 level, had looked at attending Michigan State but is now focused on TFC.

This report by The Canadian Press was first published Jan. 19, 2020.