TORONTO — Andrew Brooks could write a travelogue that would make a jet-setting socialite jealous. Paris, Tokyo, New York, Sydney and Monaco — twice — are just some of the desirable locations Brooks has visited over the last two years.
May 25, 2020 2:20 PM By: Canadian Press 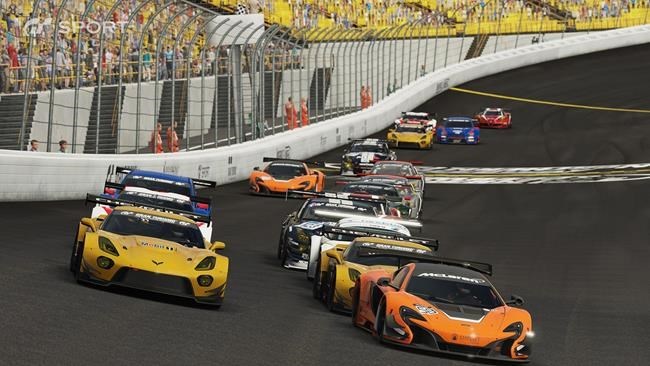 TORONTO — Andrew Brooks could write a travelogue that would make a jet-setting socialite jealous.

Paris, Tokyo, New York, Sydney and Monaco — twice — are just some of the desirable locations Brooks has visited over the last two years. His travel history reads like a Formula One star's itinerary, which is fitting as Brooks has earned his opportunities to criss-cross the globe through his prowess on the virtual racetrack.

Brooks is an ace driver in "Gran Turismo Sport," a popular racing simulator on the PlayStation 4. The game's best players duel online in the Gran Turismo Championship Series sanctioned by FIA, the same administrative body that governs Formula One. The cream of the virtual racing crop earn all-expenses-paid trips to show off their skills at live esports events around the world.

"Before that I only really travelled outside Canada once or twice in my life, so the best thing the game has offered thus far is just being able to see the world and meet new people," Brooks, from Richmond Hill, Ont., said in a recent phone interview. "These are things that without 'Gran Turismo' and the series I would not have been able to practically do on my own, so I'm really grateful for that."

For now, however, the COVID-19 global pandemic has put on hold any opportunities for Brooks to add to the growing collection of stamps in his passport. A live event scheduled for late May in Nurburgring, Germany was cancelled, and travel restrictions and limits on public gatherings worldwide make such events unlikely for the foreseeable future.

Still, online competition has been largely unaffected, and Brooks is off to a blistering start to the 2020 Championship Series. The 23-year-old currently leads the North American rankings in both the Nations Cup and Manufacturer Series circuits through the first nine rounds of competition.

In the Nations Cup, where drivers represent their country, Brooks has picked up six wins including both "superstars" races, which pit the top-16 drivers in the region against each other and are worth more points in the standings. In the Manufacturers Series, he has a win and a second-place finish in the superstar races while driving for Citroen.

While Brooks won't be broadening his travel horizons soon, he said he likes competing from home. His driving rig is set up in his bedroom — "It's not the most high-tech setup, but it gets the job done," he said — and he is free from the distractions of live events, which can draw upwards of 500 fans.

"I think the most difficult part when they do have a live audience, is regardless of how hard you try to put yourself in the mindset where you're very focused on the race, it'll always be in the back of your head that there will be a lot of people watching when you make a mistake," he said. "I find it more comforting to race at home just because there's very few external factors. There's a wheel that you're used to, a chair that you're used to, pedals that you're used to.

"At the live events you're dealing with a lot of new things, features that you're not used to. I remember at an event in Las Vegas there were a lot of bright lights in the nightclub where it was hosted, so I would say it requires an adaptability to play in the live events compared to when you're playing at home on your own."

Brooks is still in regular contact with his teammates from Phoenix Seven Racing. The esports outfit has drivers from Canada, the United States and Peru among its ranks.

"We're able to still communicate online on a daily basis, which is very helpful for practising the races together like we normally would," Brooks said. "I would say it hasn't affected us too much in the way we communicate, as we still get along and we still have the same synergy as we did before.

"That's probably my favourite part of our team, that we're friends first and teammates second."

"We're looking to be a big esports team in not just Gran Turismo, but sim racing in general," he added.

Games in the "Gran Turismo" franchise, which debuted in 1997, let drivers get behind the wheel of a variety of powerful cars and take a spin on some of the world's famed racetracks.

According to game developer Polyphony Digital, the series has sold 80.4 million units worldwide, so to rank among the best in the world takes dedication.

"The days leading up to superstar races I would practise three or four hours a day, maybe upwards of that if I'm struggling to get to grips with the race," Brooks said. "On average I'd say two to three hours of practice a day. Some days are a little lighter, half an hour to an hour just to keep the feel."

Brooks said the amount of work can be fatiguing.

"Especially if you're struggling to find pace on a certain course, or you can't reach the pace you're striving to get, it can be very tedious. I find myself often having to take a break or go for a walk, or have a good workout or doing something listening to music."

Still, the commitment to practising has paid off for Brooks, who is also a car enthusiast outside of the game.

"I love cars. I go to the Toronto Auto Show every year. I went to the Montreal Grand Prix last year with a few members of the team that were in the area. We ended up going there together and making it a big deal and it was a lot of fun," he said.

"The car community in the game and the real-life motorheads are definitely tied in. There's a lot of overlap in their interests."

The next North American Nations Cup and Manufacturers Series superstars races are Saturday and will be streamed on the official Gran Turismo Facebook and YouTube pages.

This report by The Canadian Press was first published May 24, 2020.

Note to readers: This is a corrected story. A previous version incrrectly had Brooks's age as 21.

Raptors' first practice in four months had a "first day of school" feeling
Jul 11, 2020 5:46 PM
Comments
We welcome your feedback and encourage you to share your thoughts. We ask that you be respectful of others and their points of view, refrain from personal attacks and stay on topic. To learn about our commenting policies and how we moderate, please read our Community Guidelines.