Monique Shah was inducted into the Toronto Sport Hall of Honour
Apr 22, 2019 5:26 PM By: Jenni Dunning 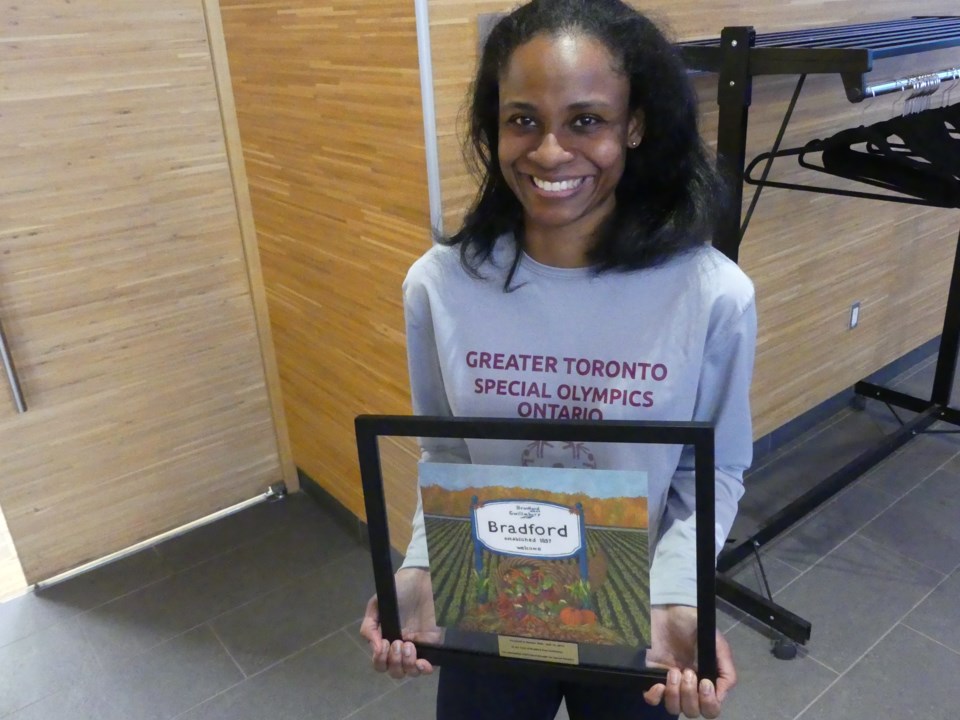 Monique Shah with a painting given to her by BWG council to honour her contributions to Special Olympics. Jenni Dunning/BradfordToday

Bradford's Monique Shah has been named Special Olympics Athlete of the Year.

Bradford West Gwillimbury recently council honoured the athlete who was inducted into the Toronto Sport Hall of Honour earlier this month.

“She’s a role model to many. We’re all proud of you. I’m very proud that you’re a resident of Bradford,” Councillor Raj Sandhu told her during an April 16 council meeting.

“One thing I think we do really well in this town is we recognize people when they do great things … not only for Bradford, I think it’s for Canada.”

Shah has competed primarily in track and field, but also in snowshoeing, curling and bowling.

Shah was also Motionball’s honorary ambassador in 2017, and she was Bradford Valley Care Community’s Volunteer of the Year in 2018 for her 10 years of service.