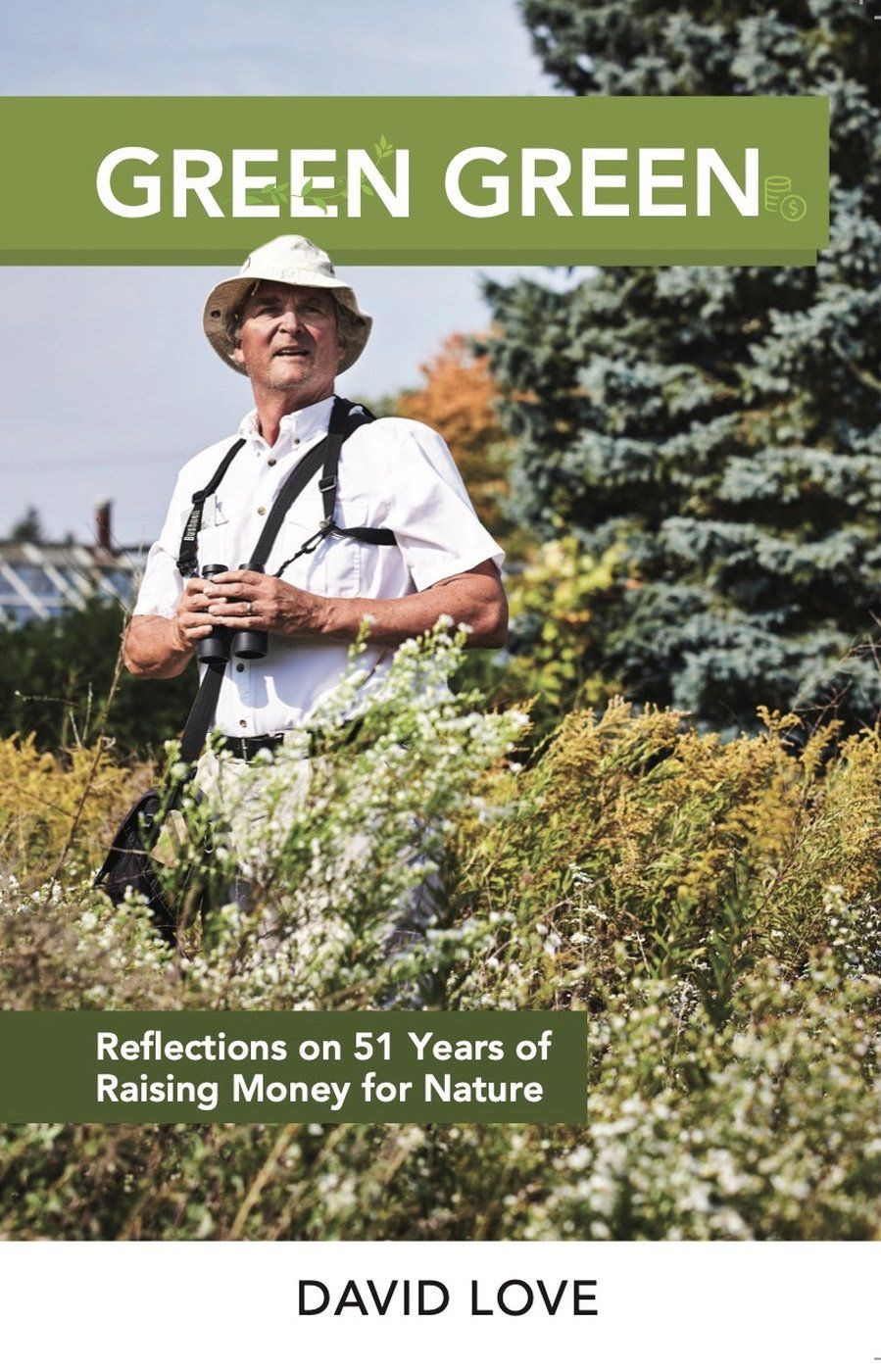 King resident David Love is the author of Green Green, Reflections on 51 Years of Raising Money for Nature.

The “Godfather of Good” is sharing his knowledge on raising money for the environment.

Its release on Earth Day was not only fitting, but stands a reminder that we all need to do our part in protecting our planet.

Love admits raising money for nature is really is “calling,” and Green Green contains many tools to help everyone become better fundraisers.

Love said the “wholesale destruction of the natural world must stop.” Our society has perhaps five more generations to “repair our relationship with nature, given the damage caused by climate change, species extinction, natural habitat destruction, and more plastic in the ocean than fish.

“As a warning, nature is striking back with floods, increased storms and virulent strains of influenza. If we don’t heed the warning, homo sapiens may be the seventh extinction,” he said.

Rescuing our imperilled natural world is possible. Everywhere you look, there are examples of success.

“We can do this. But it will take great organizations and huge financial investments.

“I have been engaged in the work to rescue nature since 1969. Then, there were no organizations involved in environmental protection. There were conservation groups, but they tended not to advocate for nature.”

Love pointed out that today there are 21 national environmental organizations currently working on this issue. In addition, there are hard-working and effective provincial organizations such as Ontario Nature and local ones, York-Simcoe Nature Club.

To be successful, ENGOs (environmental non-government organizations) will have to dramatically increase their revenues. They will need to hire and inspire brilliant fundraisers.

“Since I have been doing this, occasionally brilliantly for 51 years and mostly for Nature, I decided to pass on what I have learned about fundraising.”

Love said there are two key take-aways from his book.

The second is that this statement is magnified when we talk about legacy fundraising. Almost one-half of the book is about getting people to leave a gift to a charity in their will. With the death rate about to double as the boomers pass on, there is an unprecedented opportunity to raise millions for the protection of nature, he said.

Green Green is aimed at fundraisers, new and old. The GTA has the largest chapter of professional fundraisers in the world. This book is for all of them and especially for those who will spend their magical career (remember they are not fundraisers), creating value for the precious people who would like to help rescue nature.

Love is passing along some great lessons he’s learned over the decades.

First, fundraising is an art and a science.

On the art side, it requires an ability to help donors identify and then work to support their fundamental values – their dreams for a better world. It involves superb design skills and the ability to write with inspiration, authenticity, relevance and passion.

On the science side, after years of work by some of the best fundraisers in the world, we know what works and what doesn’t.

“Every month, we can learn how to be better fundraisers. This is especially true in the area of legacy fundraising where, for many years, we did it wrong.

“Now, thanks to new research, we know what we need to do to get it right. Frankly, we are still learning about this.”

The second major lesson is that donors are precious and magnificent.

“I have been able to do my fundraising work for 51 years because Canadians young and old reach into their pockets to make their dreams come true. And these are not just wealthy folks. They are people of all income brackets who want to make their world better. Their loyalty inspires me every day.

“Even over the past crazy pandemic year, donors have responded generously to the causes that matter most to them. And a high priority is for the restoration of our spectacular natural world.”

“I hope they get an appreciation for the art and science of fundraising. I hope they will consider making a donation to an organization engaged in environmental protection.”

The book is now available here.

On that site, folks can buy a copy and enter SN20 at checkout to receive a 20 per cent discount until April 30.