Ahead of October's federal election, Newmarket's Jane Kennedy wants to get the conversation going about Alzheimer's and other forms of dementia
Sep 21, 2019 12:30 PM By: NewmarketToday Staff 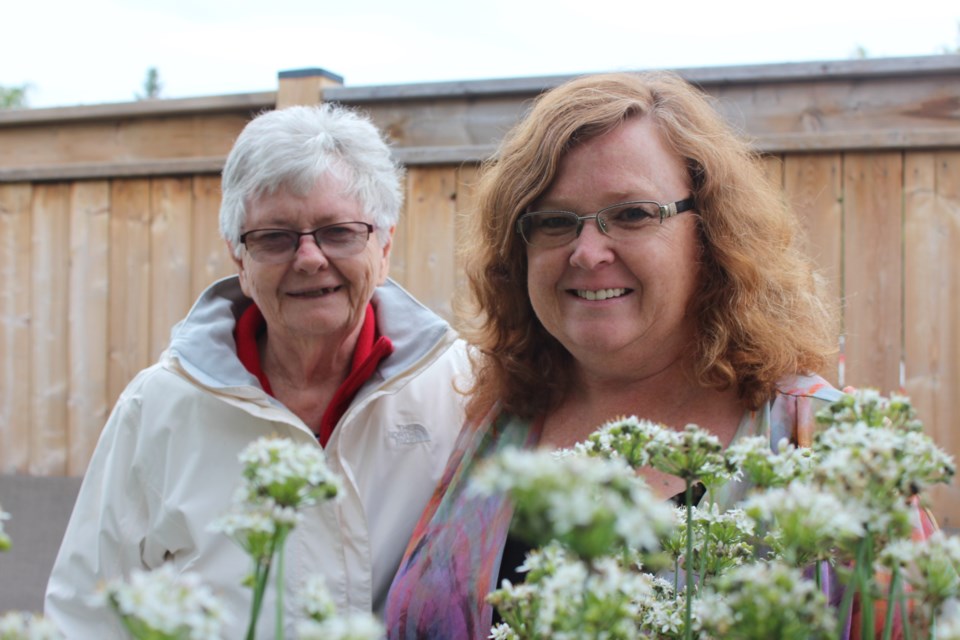 Jane Kennedy (right) and her mother, Eileen Howatt. Supplied photo/AS York
For Newmarket resident Jane Kennedy, Coffee Break is the perfect opportunity to start a conversation about Alzheimer's disease and other dementias.

Coffee Break, an annual fundraiser where people host events in support of Alzheimer Society of York Region (AS York) and the people impacted by dementia, kicks off Saturday, Sept. 21 — World Alzheimer's Day — and continues throughout November.

“With more than half a million people living with Alzheimer's disease or another form of dementia — my mom (Eileen Howatt) being one of them — and 25,000 new cases being diagnosed every year, I thought it was important to raise awareness. I also want to spread the word about support groups (and programs) such as the DAY program.”

AS York's DAY programs in Aurora, Thornhill and Stouffville offer individualized care for those living with dementia and respite for their caregivers.

With the federal election coming up Oct. 21, Kennedy said now is a great time to start a dialogue about dementia, to change the stigma associated with a diagnosis and to raise awareness about the people impacted by it.

“It's an election year and we need a commitment from the government to fund the National Dementia Strategy that will provide families and caregivers with the support they need now and in the future.”

Kennedy's Coffee Break took place in her school's staff room, which gave everyone an opportunity to pop by, grab a coffee and a baked good in support of AS York.

“When I invited staff to the Coffee Break, I was overwhelmed by the response. The (people) I work with have always been supportive of my journey with my mom's Alzheimer's. Many of the present and former staff have family members with Alzheimer's (disease) or dementia, so they can relate to many of my challenges. They are great listeners who share their stories, too.”

While Coffee Break is traditionally an event where people can serve coffee and baked goods in exchange for a donation to AS York, people are welcome to host other events such as cooking competitions, smoothie or granola bars or information nights, for example.

For more information about Coffee Break, or to learn how to host your own, visit bit.ly/CoffeeBreak19.

Due to the stigma associated with a dementia diagnosis, Kennedy said the dementia journey can often be a lonely one, but it doesn't have to be.

“Seek all the support you can get. The more you talk about dementia, the more you will connect with people who have experienced living with dementia...You are not alone on this journey.”

COVID-19: Customer experience will help retailers overcome financial hit from pandemic
Jul 3, 2020 8:55 PM
Comments
We welcome your feedback and encourage you to share your thoughts. We ask that you be respectful of others and their points of view, refrain from personal attacks and stay on topic. To learn about our commenting policies and how we moderate, please read our Community Guidelines.