Speed limit may drop on Mulock from Leslie to Woodbine 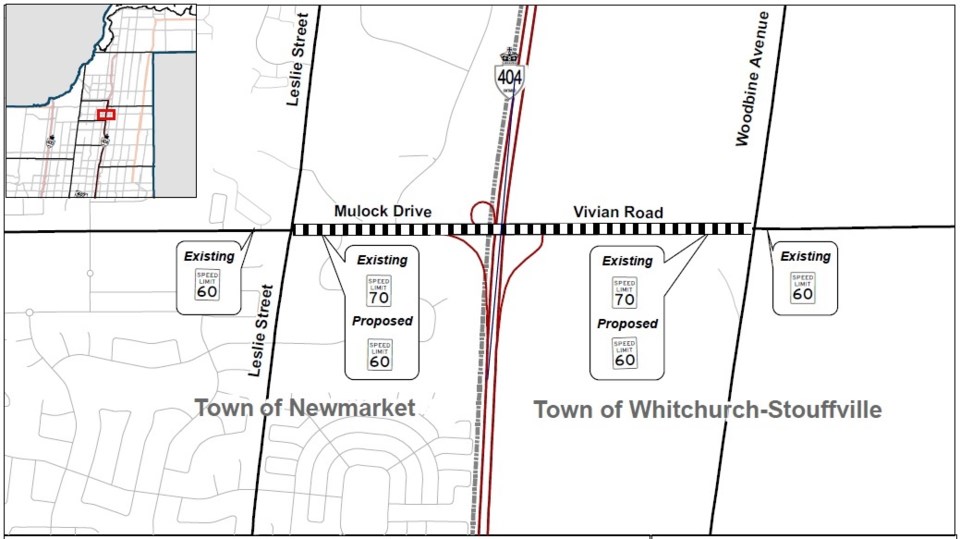 York Region councillors considered speed limit changes at their meeting today, including a change to Mulock Drive/Vivian Road from Leslie Street to Woodbine Avenue from 70 km/h to 60 km/h.Contributed image

Tap your brakes because speed limits on Mulock Drive may be changing.

At the York Region committee of the whole meeting on Thursday morning, councillors considered changing speed limits on certain regional roads due to population surges seen across the region.

There were seven proposed speed limit changes in municipalities across York Region. One is for a regional road in Newmarket.

The Newmarket change would see Mulock Drive/Vivian Road from Leslie Street to Woodbine Avenue adjust from 70 km/h to 60 km/h.

According to the staff report presented to councillors, this would improve traffic operation and make the speed limit more consistent in the area.

“Lower speed limits are required to protect travellers as the region continues to intensify,” noted Paul Jankowski, commissioner of transportation services with York Region, in his report. “Setting speed limits consistently and complementing urbanizing land use across the road network encourages compliance and improves traffic operations.”

The Highway Traffic Act gives a municipal council the authority to revise speed limits under 100 km/h its jurisdiction. The staff report noted costs associated with the manufacturing and installation of new speed limit signs are included in the proposed 2021 transportation services operating budget.

The committee voted in favour of the speed limit changes without discussion. The decision will need to be ratified at the next regional council meeting, slated for April 22.