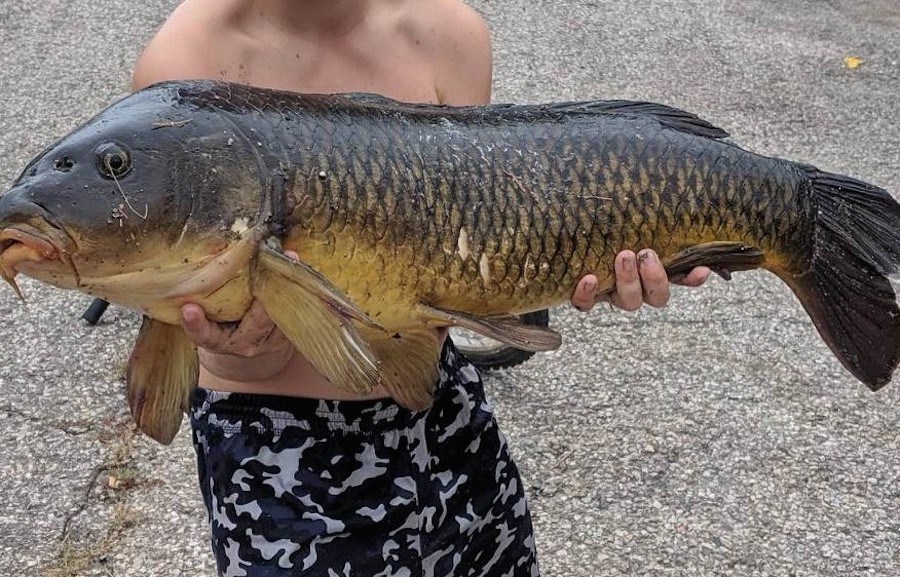 GUELPH, Ont. — When police in Guelph were called out to locate a truant adolescent on Monday afternoon, officers headed down to the Speed River, where they quickly located the boy "shirtless, soaked, smiling and holding a huge fish."

We're just going to let the police explain how they handled the situation in their own words.

The following is a news released by Guelph Police this morning (Brace yourself: You are about to be subjected to many fish-related puns):

Police attended the boy’s favourite fishing hole on the Speed River and located him shirtless, soaked, smiling and holding a huge fish. The boy had broken his fishing rod in the process of catching the fish.

The officer took some time to patiently explain the importance of going to school, after all, even fish stay in schools! The boy was taken home and his mother told the officer that the boy loves fishing and the newly broken rod had been his birthday gift in July.

The officer went to Guelph’s local fishing store, Hook Line and Sinker, and spoke to the owner about the boy. The owner donated a new rod and reel to give the boy. If you can think of a better gesture – let 'minnow'! Guelph Police never condone truancy (skipping school) but are happy that the boy will be able to continue to do what he loves.

The officer gave the boy his new gear and he is now ‘o'fish'ally’ ready for the weekend.