Direct action to stop overburdening began at midnight
Nov 1, 2018 7:00 AM By: Village Media 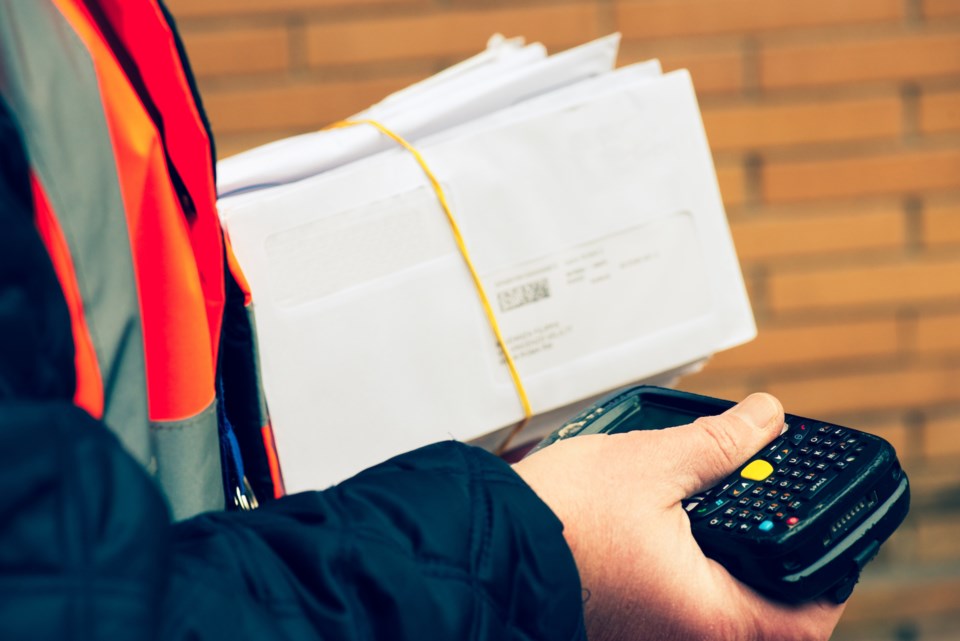 NEWS RELEASE
CANADIAN UNION OF POSTAL WORKERS
*************************
OTTAWA - Effective Nov. 1 at 12:01 a.m., the Canadian Union of Postal Workers is calling a national overtime ban for both of its major bargaining units at Canada Post. Postal workers, no matter what their job at Canada Post, will not work more than an eight-hour day and not more than a 40-hour week.

Postal workers will refuse overtime, including letter carriers – who have experienced so much forced overtime that some of them are not used to seeing their families before dark.

“We’ve had it. Overburdening, overtime and overwork are all major issues in this round of bargaining. Until Canada Post negotiators’ address it, we can solve it for ourselves in the meantime.” said CUPW National President Mike Palecek. “This is a health and safety issue rooted in poor staffing. We refuse to be injured any longer by a management team that cares more about the bottom line than sky-rocketing injury rates.”

One of the expired collective agreements enabled Canada Post to give mandatory overtime to some postal workers, including letter carriers. Canada Post management has been driving up risks to workers’ physical and mental health by abusing that option.

With the contract no longer in effect, postal workers have the right to refuse the overtime while demanding proper staffing and overtime procedures.

Rates of disabling injuries have been climbing, and postal workers are now the most injured group of workers in the federal sector, five times the average rate of the rest of federal sector, and more than double that of longshore workers, the next most frequently injured.

“As our routes get longer and longer, our bodies are breaking down.” He continued “This ends today."

Aug. 24 last day to apply for exemption to Newmarket building ban
Aug 5, 2020 4:30 PM
Comments
We welcome your feedback and encourage you to share your thoughts. We ask that you be respectful of others and their points of view, refrain from personal attacks and stay on topic. To learn about our commenting policies and how we moderate, please read our Community Guidelines.