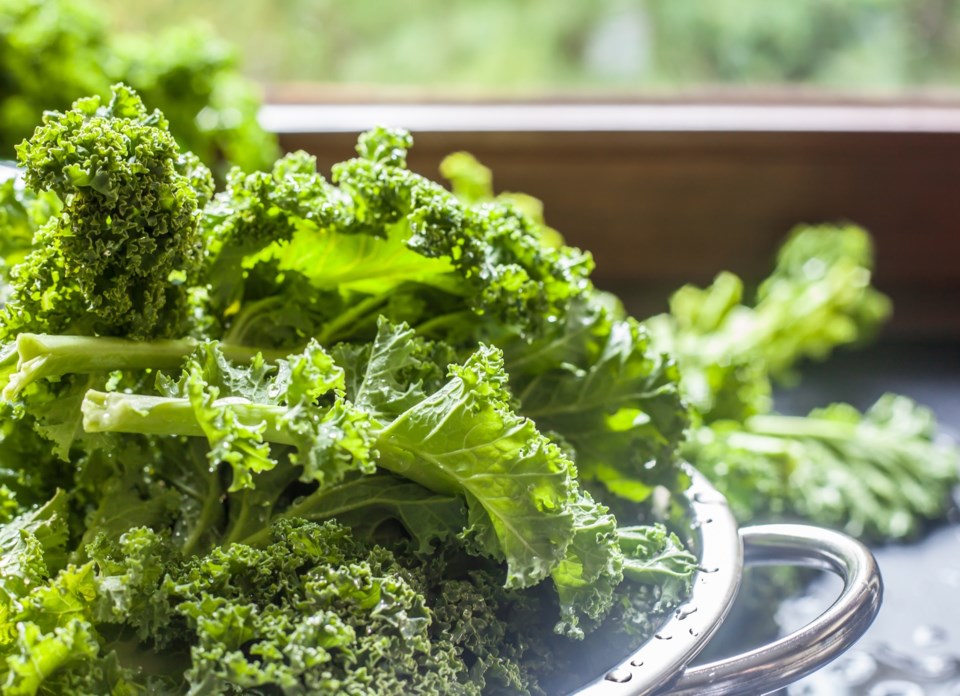 Dear Nutritionist,
I started reading your column and you seem to know what you’re talking about. My friend told me broccoli is a superfood and so is kale. She read it in one of those magazines she reads. My question is this: are there really ‘superfoods’ and if so, what are they (I’m guessing all green things?) And what do they do for me? My friend also thinks aliens are real so I had to check.
Dubious

Dear Dubious,
Great question! Superfoods are, indeed, real. Or rather, the term is real. Let me explain.

“Superfood” is a term used to refer to foods that are known to have a greater than average beneficial impact on health. I say known to have, because, as research pumps out new data on food compounds our understanding of particular foods changes. We don’t have all the data on how food impacts health because it’s a new science. But known superfoods are being added to the list all the time.

I’ve read one article online that dismissed the idea of superfoods as quackery because the list changes over time and depends on who you consult. But that’s not accurate. Our understanding of the benefits of food changes over time, which obviously adds to the list. But it doesn’t negate anything that was previously recognized as having great benefit. And certain practitioners favour certain foods for their health benefit. I’ve nutrifriends who rant about kale. I’ve nutrifriends who rave about green tea. They’ve each learned in-depth about the beneficial factors of those foods and seen the impact of them in practice. But that doesn’t mean to say either is less beneficial to our health because they don’t agree on which is best.

So yes, superfoods are certainly a thing. If you’d like my take on the top 3, do read on.

1) Liver
Yes! I am telling you your grandmother was right yet again! Eat your liver! It is, hands down, one of the most nutrient dense foods we know of. Why? Because it’s loaded with fat soluble and B vitamins. Let’s break that down. A serving contains roughly 3,460 per cent the RDA of B12 for adults. (RDA is recommended daily allowance from Canada’s Dietary Reference Tables). It contains over 200 per cent of the RDA of riboflavin and over 65% the RDA of folate. Other B vitamins it contains include: thiamine, niacin, pantothenic acid, B6 and biotin.

In addition, it contains 80 per cent of the iron an adult needs (women who have their menses need more), as well as over 1,600 per cent the RDA of copper and 100 per cent of the RDA of choline. And, it’s full of fat soluble vitamins:  A (53,400 IU), D (19 IU), K (60 per cent the RDA), and E (.63mg). It’s also a perfect protein that’s lower in calories and fat than muscle meats with greater nutrient density. In fact, in some traditional cultures, only the organ meats and bones were consumed by humans, while muscle meat was given to the dogs (there is evidence we grew symbiotically). Interesting how things change, right?

You may have heard the myth that liver is unhealthy because it detoxifies the body so it stores the toxins an animal comes into contact with. That isn’t accurate. The organ does detoxify, but it doesn’t store the toxins. However, the healthiest source is obviously pastured animals that have been raised with best farming practices. This costs a bit more, but liver is an extremely inexpensive cut so it’s not likely to be prohibitive. If you haven’t had liver you enjoy yet, I invite you to try it done right at a good restaurant or take the time to learn a good recipe for it.

The reason it’s at the absolute top of my list is that these particular nutrients: the B’s and the fat soluble vitamins and choline are all brain and nervous system foods. And that is what I see people missing today.

2) Bone broth
Grandmothers everywhere are going to have to start handing out my cards. Bone broth is second on my list of superfoods because of its mineral density. In my estimation, after the fat soluble vitamins, minerals are the most important determinant of health. They are extremely important for a number of processes in the body. It’s well documented that the soil has been depleted of many of the essential minerals we need, which are taken up by the plant roots into the plant matter. When the soil is depleted, so too are our bodies. So even if we eat plentiful vegetables we are likely to be deficient in many of the minerals or to have imbalances in them.

Historically humans got minerals from mineral rich water (having travelled through rocks and leeched minerals from them) or vegetables or bone marrow, which early humans were in the habit of picking out after a meal. Over time the bones weren’t gnawed on but used by chefs and home cooks to impart rich flavour and body to broths, but it wasn’t well known what the benefits were. Once commercial soups and bouillon came along, traditional time-consuming bone broth went out the window.

Today we know that bone broth frees the minerals and collagen from the bones to render them in a very easily digested form. With other nutrients, if you are deficient you can simply supplement with them. But with minerals, it’s tricky. That’s because minerals come from rocks and bones, which are notably hard to digest and absorb.

Supplement formulations of minerals are composed of rock minerals (inorganic) wrapped in a protein to try to ‘trick’ the body into absorbing them. This is called a chelate. And it works! I see a difference from this clinically with many minerals. But there’s good question about whether it’s optimal and if works exactly as organic minerals do in the body. I suspect there may be differences we don’t know of yet. I trust nature over science any day!

Natural ways of getting minerals are through spring water or alkaline water; through bone broth or bone marrow, as above; or through plants that take up minerals from the soil and store them in a way our bodies can readily absorb, provided the soil is optimally fertile. Sea salt and plants from the sea are also full of minerals, with a definite dominance of sodium and iodine respectively.

Bone broth has a number of benefits but my favourite discussion on this topic is a video from Kaayla Daniel, Ph.D., CCN.

You might think broth is just a liquid, but in a cool state you can see it is very dense and gelatinous, rather like jello. When heated this becomes liquid, but this gelatin is wonderful for many health complaints. It’s formed when the collagen from the cartilage and skin break down, which is why you want knuckle, foot, wing, neck, or tail bones. Mo cartilage, mo better.

The finished broth contains a number of amino acids (building blocks of proteins), some of which are lacking in modern diets: most notably glycine, proline, and valine. There can also be some lysine, alanine, and arginine. It contains about 2g of protein per half cup. All to say, this is actually a very hearty (and complete) meal!

Collagen is great for repairing cartilage in the body and, as such, can help with joint pain. It’s also great for skin elasticity. It’s known to promote healing of the digestive system and be very soothing for digestive irritation or inflammation. It can help greatly with sleep issues, weight loss, and bone density. I also believe it to be very good for the nervous system.

It’s easy to make and quite delicious, as well as an excellent diet food because it’s so filling and satisfying (remember, fat triggers satiety hormones in the brain). Here is a great video that walks through of how to make a bone broth.  I teach classes in the autumn and winter on soups and broths if anyone should like a more in depth, hands-on type tutorial.

3) Coconut
Despite being maligned in mainstream media because it contains a good amount of saturated fat, which has been wrongly demonized as unhealthy due to bad science (1) (2) (3) (4), coconut is actually an incredible superfood. From the water, to the flesh, to the sugar of the sap, to the milk, to the oil, coconut is an incredible powerhouse. There are more than 15,000 studies showing the health benefits of the oil alone. Let’s take a look.

First of all, organic, virgin coconut oil is the healthiest oil you can cook with. It has a high smoke point (~350) and is known to help people with weight loss. What makes it so beneficial is the type of fat it contains, medium chain triglycerides (MCTs). These give incredible, lasting energy to the body in a way that largely bypasses the work the liver has to do to break other fats down. So it’s processed into energy almost immediately. This type of fatty acid is also more stable, easier to digest, and not as easy to store as body fat.

Coconut oil is known to be anti-inflammatory, anti-fungal, and antimicrobial. It’s liver protective and has been shown to be of benefit in digestive inflammatory disorders, including treating H-pylori, stomach ulcers, UTIs, kidney infections, and yeast infections. It’s also very beneficial for schizophrenia, epilepsy, and alzheimer’s disease because it helps the body run on ketones which are inherently less inflammatory than the krebs-insulin-cycle for brain inflammation. It’s also been shown to improve brain function.

Coconut oil can reduce inflammation anywhere in the body, including joint pain. It can help prevent heart disease and reduce the symptoms of gall stones. It’s great for skin, hair, and nails, both taken orally and used topically as a soothing moisturizer. It can help cure eczema and troublesome skin conditions.

It’s full of antioxidants and can help normalize insulin in people who are diabetic or prediabetic. It can be used for pulling to strengthen teeth and gums. It may also help with hormonal balance, especially in menopause. There are so many more studies and benefits I could list. But the last I will mention is that it can enhance cognitive and athletic function.

The bottom line: you want to be using this oil! And that isn’t even getting into all the other super nutritious components of coconuts. But that’s for another day!

And these are only three of the superfoods to which we have plentiful access.

As always, if you have your own health questions, don’t hesitate to send me an email.
Namaste!
Nonie Nutritionista

Nonie De Long is a registered orthomolecular nutritionist with a clinic in Bradford West Gwillimbury, where she offers holistic, integrative health care for physical and mental health issues. Do you have a question about health and wellness? Email nonie.delong@gmail.com.