Between 1966 and 1983, patients at the Penetanguishene maximum-security psychiatric facility were experimented upon, degraded and humiliated, says lawyer heading up lawsuit
Jul 1, 2020 12:30 PM By: Marg. Bruineman, Local Journalism Initiative 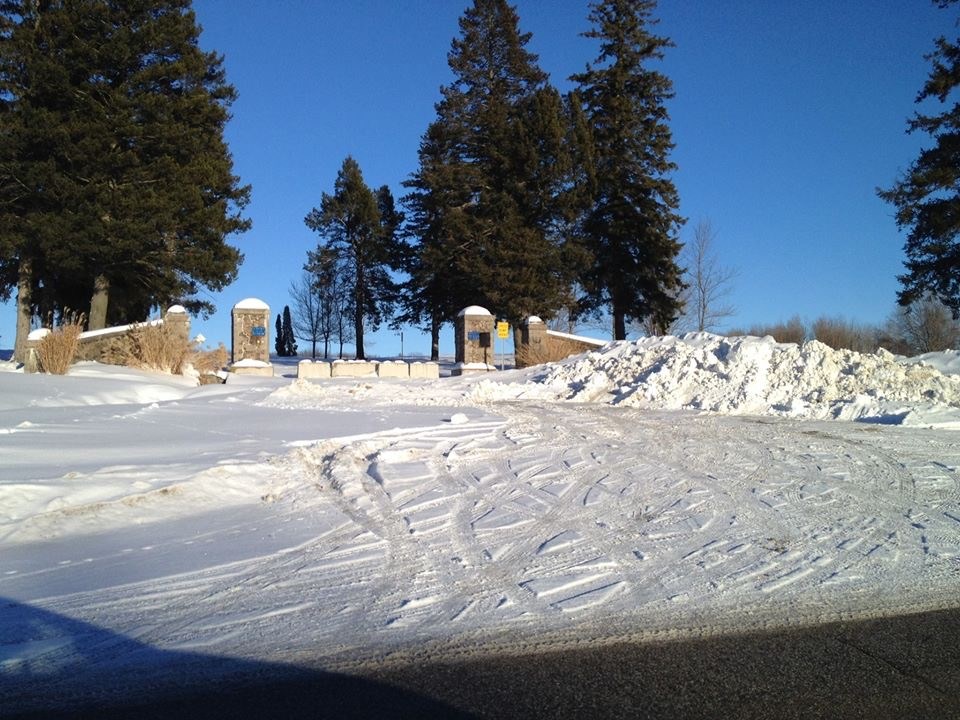 All that remains of the former Oak Ridge are these gates. A new facility was constructed on the property at Asylum Point in Penetanguishene serving as Ontario's only maximum-security psychiatric facility.

Patients who endured experimental treatment at Penetanguishene’s maximum-security psychiatric facility for years will be seeking “substantial” damages now that a court has found the province and two psychiatrists liable.

Joel Rochon, who represents the 28 patients, eight of them now dead, said compensatory and punitive damages are being sought.

And although the trial, which lasted a total of 55 days, did delve into the issue, Rochon said it’s too early to peg down a total dollar figure or what each of the plaintiffs will be seeking.

A court decision released last week recounts experimental treatment involving the use of LSD, alcohol and the collective confinement of naked men days on end between 1966 and 1983 at the former Oak Ridge division of the Penetanguishene Mental Health Centre, now known as Waypoint Centre for Mental Health Care.

The list includes some of the country’s most dangerous men, many of whom were found not guilty by reason of insanity.

“What happened to the patients at Oak Ridge... was very disturbing,” said Rochon. “I think the decision is important because it’s not often in our society here in Canada that you come across instances where the most marginalized of our society are taken by doctors in a government-owned and run institution and experimented upon, degraded, humiliated over dozens of years, and that’s what happened at Oak Ridge.

“In addition to that we have findings of breach of fiduciary obligations, duties by the government and the doctors.”

Rochon said the treatment of those patients harken to the Nuremberg doctors’ trial, which focused on horrific human experiments conducted by the Nazis during the Second World War and mass murder they categorized as euthanasia.

He also points to the Helsinki Declaration, which outlines the ethical principles around human research, and that doctors are held to the ethical standards of the Hippocratic Oath.

“We must remain vigilant in our society to ensure that these sorts of abusive, horrific situations don’t repeat themselves, because they did in this case, subsequent to Nuremberg, where human experimentation was allowed to take place without full and free consent. That is a disturbing part of this case and the decision that followed,” he said.

“Yes, we have a democratic society, but we as citizens need to be very vigilant to ensure the rights of the most marginalized members of society are protected, their human rights, and not grossly violated like they were here.”

The 20-year-old lawsuit, which has culminated in a finding of liability against the Crown and two psychiatrists, has roots dating back more than 30 years, says a criminal lawyer who has long been representing patients at the Penetanguishene facility throughout his career.

“The patients trying to get a lawsuit going preceded 1989,” said Daniel Brodsky, who was called to the bar that year and soon found himself working on a case involving an Oak Ridge patient.

If any other Canadian institution were doing anything similarly, Brosky said he wouldn’t be completely shocked.

And, he adds, the men being held involuntarily at the institution don’t attract a great deal of sympathy, given the history of rapes and killings many perpetuated.

Rochon further questions the oversight of successive governments and their ability to intervene dating back to the 1960s, right to the end of the trial.

“Where have the doctors been, their insurers, their governing bodies? Watching this slow-moving train wreck happen to see the horrific experiences suffered by these individuals,” he said.

Rochon expects the hearing around damages may occur this fall.