You can order stickers from the newly formed Carbon Tax Works group that say, “Tax carbon. Get refund. Save Planet. Repeat.”
0
Sep 9, 2019 8:00 AM By: NewmarketToday Staff 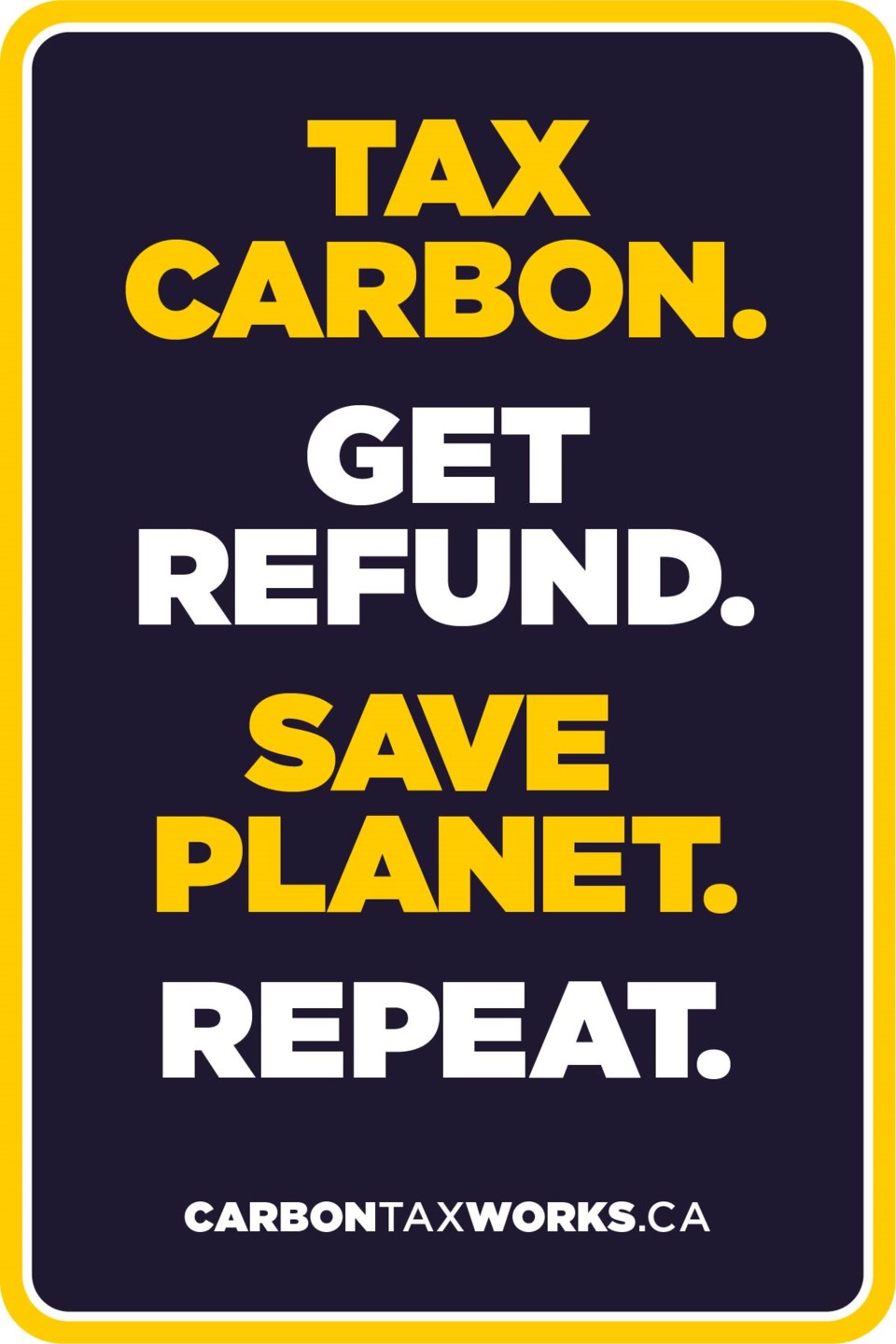 Carbon Tax Works is offering stickers to increase awareness about the benefits of the carbon tax.

A non-partisan group of citizens is launching a public information campaign about the effectiveness of the refunded carbon tax to combat our climate crisis. This coincides with the Aug. 30 appearance of a sticker on all Ontario gas pumps that highlights the costs of the carbon tax, but says nothing about the refund or the benefits of taxing carbon.

The group’s website, CarbonTaxWorks.ca has launched. It sets the record straight about the carbon tax, with information from reputable sources like the Federal Parliamentary Budget Office, a non-partisan office that is part of the House of Commons. The PBO released a study in April 2019 showing that 80 per cent of Ontarians will get more money back than they spend on the refunded carbon tax — most Ontario residents actually make money.

“The Ontario government stickers are misinformation, pure and simple,” says Glenn Marshall, a Richmond Hill volunteer with Carbon Tax Works. “These stickers say the carbon tax will cost us, but there is no mention that everyone who paid taxes this year has already received a refund that, for most of us, is more than what we’ll pay in carbon taxes. This is false advertising — a lie by omission; this is not OK.”

People can order stickers of their own that say, “Tax carbon. Get refund. Save Planet. Repeat.”

“It’s the simplest way to say it that we could think of,” says Marshall. “Economists of all political stripes are saying that refunded carbon taxes are the most effective way to reduce greenhouse gases, the primary source of our climate crisis. If we don’t reduce them, the costs will be astronomically higher than what we are paying at the pump.”

The Science on the climate crisis is clear — it’s serious, primarily human caused and it’s happening now. And we’re seeing the effects today exactly as science predicted. Hundred-year floods are now happening every few years and they’re getting worse — Toronto’s all-time record for rainfall (from a freak hurricane in the 1950s) was broken recently, for example. And we’re seeing larger, longer heat waves, wildfires, droughts and hurricanes. And glacier and permafrost melt and the associated sea level rise.

“It enrages me that my tax dollars are being spent misleading people and trying to stop efforts that save lives and help the economy,” says Marshall. “That’s what this is about.”

Vaughan man charged in historic sexual exploitation investigation
Jan 21, 2020 1:36 PM
Comments
We welcome your feedback and encourage you to share your thoughts on this story. We ask that you be respectful of others and their points of view, refrain from personal attacks and stay on topic. To learn about our commenting policies and how we moderate, please read our Community Guidelines.