'Like-minded' fathers from Newmarket and across the region are sharing parenting advice and experiences, finding camaraderie
Jun 24, 2021 1:48 PM By: Elizabeth Keith 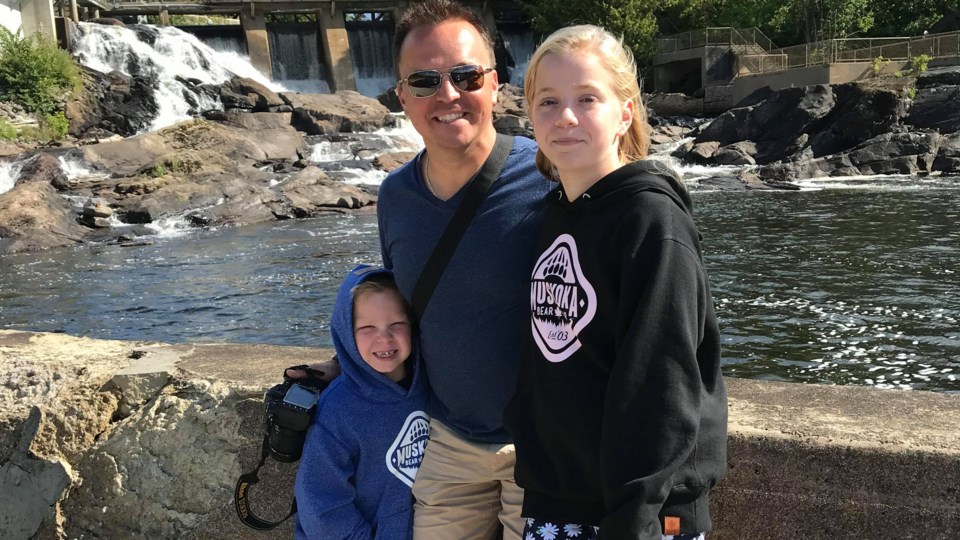 Chris Sorichetti was looking for some fellow dad friends when he founded an online community called Dads of York Region.

The father of two, who lives in Holland Landing, created the Facebook group two years ago. Now it has 635 members from across the region, including Newmarket.

“There was a huge lack of these kinds of groups for men out there but there were thousands for women throughout the region,” he said.

He said that since he doesn’t play hockey or other organized sports, he was looking for a way to meet more guys and establish a community of “like-minded individuals.”

Dads of all ages have turned to the group in search of emotional support and advice on a variety of topics — and to share some dad jokes, he said.

“It’s these small little things that may kind of pop up in your head that ‘is it a stupid question to ask’ or you know ‘is it wrong of me to think this way,’ guys have been posting it and it's getting more and more apparent that there’s guys out there that have these kind of questions and problems and situations that arise and they’ve just had no where to turn to,” Sorichetti said.

Jonathan Chan, a father of two from Newmarket, joined the group early this year. He said he learned about it when he bought something from Sorichetti off Facebook Marketplace and the two stayed in touch.

He said that after months of pandemic lockdown, he was looking for new people to talk to and thought “there’s got to be more like-minded people in York Region.”

For him, the biggest thing is the community created there, but he said the banter is hilarious, too.

Another member is Raye Ackerman, also from the Newmarket area, who joined the group when it started.

Since his three children range from 26 to 30 years old, he wanted to share his experiences with new dads.

“I joined the group to help support other dads that are going through maybe some of things that I’ve already been through,” Ackerman said.

He said he wishes something like this Facebook group existed when he was dealing with the stress and finding the balance of being a new father.

“A lot of that I just struggled through on my own, you just kind of figure it out, you make it work but in this group, guys have no problem saying, ‘hey, I have a problem with x, do you have any thoughts on this?”

He said the group has become a place where men aren’t afraid to dive into deep topics that they might not feel comfortable chatting about with other friends.

One topic the group has been discussing lately is this month's Buddy Up Month.

The month-long campaign by the Centre for Suicide Prevention aims to raise awareness for men’s suicide in Canada, the rate of which is three times higher than it is for women.

Sorichetti said the Dads of York Region have embraced Buddy Up Month by checking in with each other and sharing statistics and resources.

“It’s bringing forth a huge problem that we have that nobody’s really aware of. You know, guys are very tight-lipped in terms of sharing feelings, sharing issues,” Sorichetti said.

He said on top of the serious issues the group tackles, it’s also a lot of guys having fun together.

“It’s non-stop dad jokes and dad videos. Sometimes I’ll just post a question and I won’t put the punchline,” he said. “So like ‘what’s the most expensive fish out there’ and I’ll just leave it and I’ll get guys giving all their answers.”

While he would love to see the group grow, he said he also appreciates the small community feel of it.

However, he welcomes any fathers across the region to join in by finding them on Facebook.

When you request to join the group, you have to answer a few screening questions that are in place to weed out scammers, he added.

He also added that any women who try to join are turned down, saying it’s “no girls allowed”

“There’s no women that are on it, it’s strictly for guys and that’s more or less for guys' comfort levels so they can post whatever they want,” Sorichetti said.

One day he would love to see the group get together in person and hopes to organize a meetup for the fathers once it’s safe to do so.