Caregiver speaks out about need for support on World Alzheimer Day

You can make a difference by hosting a coffee break, bake sale or other event until Oct. 31 to support the Alzheimer Society York Region in helping local residents living with Alzheimer’s and other dementias and their families.
Sep 21, 2018 12:11 PM By: Debora Kelly 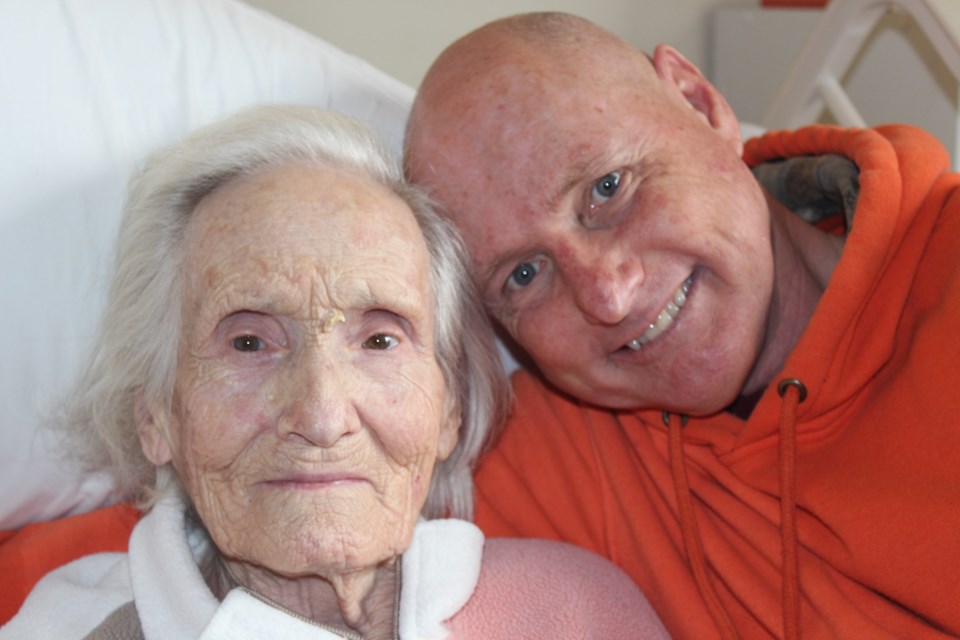 Peter Smith is grateful for the support the Alzheimer Society York Region provided him and his mother, Iris. Photography by Lisa Day.

Peter Smith remains grateful for the time he had with his mother, Iris, despite the challenges that her dementia and Alzheimer’s brought to their daily lives.

Iris died of Alzheimer’s Sept. 1, eight years after her diagnosis, with her son at her side throughout “our journey”, as Smith calls it.

The Newmarket resident didn’t think twice about quitting his job to be his mom’s primary caregiver, knowing what lay ahead for both of them.

“I didn’t want to have any regrets, I wasn’t going to look back and say, ‘I wish I had done that'."

His mother initially moved into his house after a brief stay in an Aurora retirement home, following a fall and a long recovery from a broken femur that had made it difficult for her to live independently. Smith had never forgotten the promise he had made to his father, who died in 1999, that he would take care of his mom.

He soon began noticing the signs of dementia, particularly short-term memory loss and increasing confusion. A trip to the family doctor confirmed the diagnosis he had been anticipating; Iris had Alzheimer’s.

Today is World Alzheimer Day, and Smith said he intentionally wanted their story shared to support the Alzheimer Society of York Region and help raise awareness of the crucial need to provide additional help to caregivers and families to not only care for their loved ones living with Alzheimer’s and other dementias, but for themselves.

In the early stages of the disease, Smith said he and his mother enjoyed spending time at the Newmarket Seniors Centre, where he volunteered. But, eventually, it wasn’t feasible to attend the programs any longer.

“Then I found the Alzheimer’s D.A.Y. program, it was incredible, they have such an amazing perspective,” he said. “And it allowed me to have a bit of a reprieve.”

“She could remember songs — she knew the words verbatim,” he said with a chuckle.

An integral aspect of the D.A.Y. Centre model of care is ongoing caregiver support from their social workers, and Smith said he appreciated the regular calls to check in on them.

At that point, he was providing all care for his mother, “24/7”, other than having the support of personal support workers to shower and bathe Iris.

Eventually, he was unable to continue caring for Iris by himself, as the disease continued to worsen. About three years ago, Iris moved to a long-term care home in Newmarket, close to his home.

“That was the hardest part, putting mom in long-term care,” he said.

He was at her side when she died earlier this month. As a man of faith, he said he is at peace, knowing his mother is in a good place, “in heaven, with Jesus”.

His experience as a full-time caregiver has made him determined to do what he can to help others who make the choice to take a similar journey with a family member.

“I realized there isn’t enough support for caregivers,” Smith said. “And if I have an opportunity to be an ambassador, to create awareness of the need for more support, I want to do that.”

The Alzheimer Society York Region is currently leading an initiative of 11 organizations, including CHATS, Southlake Regional Health Centre and the Regional Municipality of York, to better help caregivers navigate their journey of caring for their loved ones.

September is World Alzheimer Month with the goal of raising awareness and changing the stigma associated with the diagnosis. According to Alzheimer Society Canada, which is advocating for a national dementia strategy, the number of Canadians with dementia is rising sharply.

More than half a million Canadians are living with dementia, with about 25,000 new cases diagnosed every year. By 2031, that number is expected to rise to 937,000, an increase of 66 per cent.

As of 2016, the combined health care system and out-of-pocket caregiver costs are estimated at $10.4 billion per year. By 2031, this figure is expected to increase by 60 per cent, to $16.6 billion. About 56,000 Canadians with dementia are being cared for in hospitals, even though this in not an ideal location for care.

Today’s World Alzheimer Day is the kickoff for the Coffee Break awareness and fundraising events. The Alzheimer Society York Region is encouraging you to host a coffee break, bake sale or other event until Oct. 31 to help York Region residents living with Alzheimer’s and other dementias and their families.

Visit here for details, ideas and resources. You can follow #AlzheimersCoffeeBreak and #MakeYourCoffeeCount on social media.

To learn about the Canadian Charter of Rights for People With Dementia, visit here