The 45,000-square-foot facility here is the first new electric bus plant to open in Ontario in a generation.
Jun 25, 2019 4:18 PM By: NewmarketToday Staff 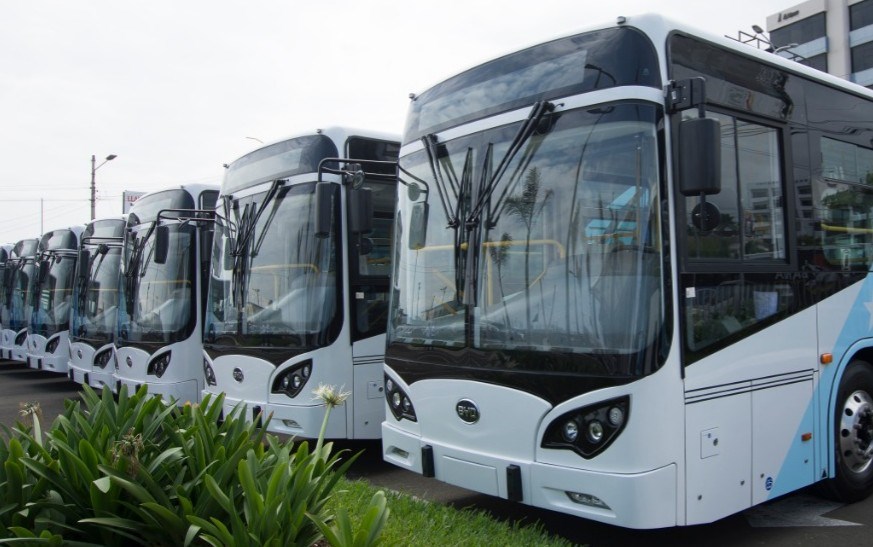 Newmarket will be the first Canadian assembly site for BYD (Build Your Dreams), which manufactures zero emission buses. Supplied photo

NEWS RELEASE
BUILD YOUR DREAMS
*************************
BYD (Build Your Dreams) has expanded its North American operations with the opening of its first bus assembly plant in Canada. The 45,000-square-foot facility in Newmarket is the first new electric bus plant to open in Ontario in a generation.

“We are dedicated to partnering with municipalities across Canada, and we are passionate about our mission to create a cleaner environment here in North America and across the globe,” said BYD President Stella Li.

While the Newmarket facility is BYD’s first Canadian assembly plant, the company is already active in the Canadian market with buses on order (or in operation) in Toronto, Victoria, Longeuil, St. Albert and Grand Prairie. The new plant will first focus on assembling buses for the Toronto Transit Commission, the country's largest transit operator. The agency will receive 10 pure electric buses with an option for 30 more.

According to the U.S. Department of Transportation, each zero-emission bus like those manufactured by BYD, eliminates approximately 10 tons of nitrogen oxides, 350 pounds of diesel particulate matter, and approximately 1,690 tons of CO2 over the 12-year lifecycle of the vehicle.

“We’re proud to establish a home in Canada; it re-affirms our commitment as a company to be rooted in this country and in this province,” said Ted Dowling, Vice-President, BYD Canada. “We look forward to creating new partnerships across the nation.”

“As traditional auto manufacturing is withdrawing from Canada, municipalities across the country are re-doubling their efforts to tackle climate change through zero-emissions transit,” Dowling said.

“BYD is well-positioned to replicate in Canada the kind of rapid growth we’ve seen in places like Lancaster, California — a plant that started with about 100 workers in 2013, and now employs more than 750. Together with our partners in York Region and the Town of Newmarket, we’re going to put Canada on the map as a North American leader in electric bus assembly,” said Dowling.

The official sponsor of Mother Nature, BYD, which stands for Build Your Dreams, is the world’s leading electric vehicle company with proven innovative technology for cars, buses, trucks, forklifts, and rail systems – like SkyRail. BYD is dedicated to creating a truly zero-emission ecosystem offering technology for solar electricity generation, energy storage to save that electricity, and battery electric vehicles powered by that clean energy. BYD has 240,000 employees across the globe, including nearly 1,000 in North America. For more information, please visit en.byd.com

They're No. 1 when it comes to manufacturing Canadian pride
Jul 1, 2020 8:26 PM
Comments
We welcome your feedback and encourage you to share your thoughts. We ask that you be respectful of others and their points of view, refrain from personal attacks and stay on topic. To learn about our commenting policies and how we moderate, please read our Community Guidelines.