Work on the Bradford Bypass environmental assessment will begin right away; 'This is great news for the people of York Region and Simcoe County,' says MPP
0
Aug 15, 2019 8:52 PM By: Miriam King 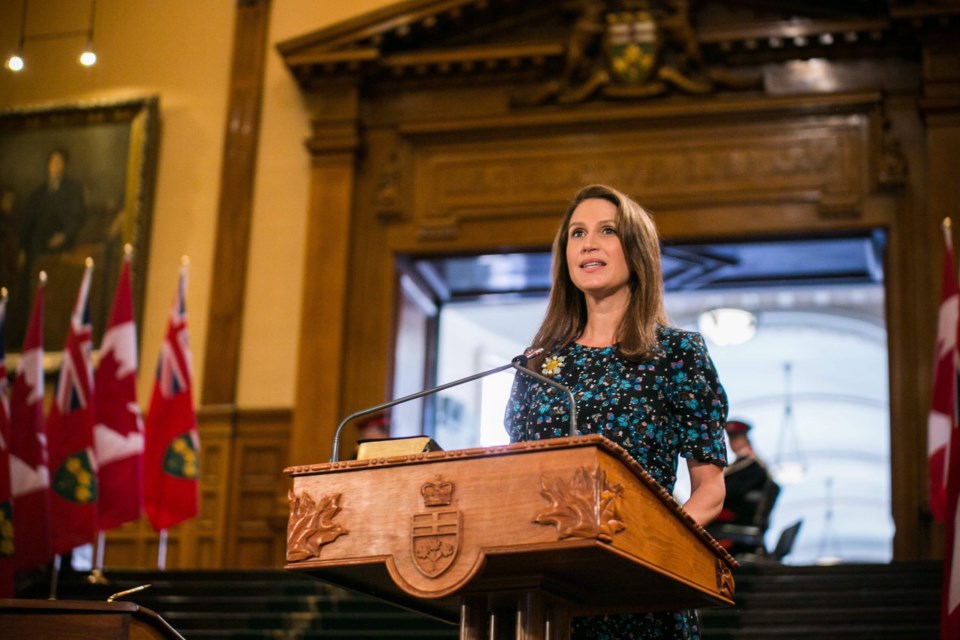 York Simcoe MPP Caroline Mulroney announced Thursday night that the province has given the Bradford Bypass a green light.

On Thursday night, Minister of Transportation Caroline Mulroney called the mayors of Bradford West Gwillimbury, Georgina and East Gwillimbury with some long-awaited news.

The Highway 400-404 link, better known as the Bradford Bypass, will be moving forward after being shelved for more than a decade.

“I am pleased to announce the province is moving forward with the Bradford Bypass after it was put on hold by the previous Liberal government,” Mulroney said Thursday night.

“The first step toward making this project a reality is to review and update the environmental assessment that was first approved by the Progressive Conservative government in 2002.”

The Bradford Bypass had been identified as a top priority by the previous Progressive Conservative government, which recognized it as a much needed east-west highway link that would ease traffic congestion in a rapidly growing region and create better connections.

When the Liberal government of Dalton McGuinty swept into power, the bypass was dropped from its new ‘Growth Plan’. The Liberals announced the bypass wasn’t simply on a back burner, it was “off the stove” until 2031.

But by 2016, York-Simcoe municipalities were pressing the province to reconsider. Rapid population growth in municipalities like Bradford West Gwillimbury, Georgina and East Gwillimbury added to traffic congestion. Green Lane is the only east-west connection, which has created a serious bottleneck.

Mulroney, elected as MPP for York-Simcoe in 2018, said she listened to the comments of residents and municipal governments.

“My role as a Member of Provincial Parliament is to bring the issues that matter most to residents to the attention of my government,” Mulroney said. The Bradford Bypass is “the No. 1 issue in York-Simcoe.”

After her recent appointment as minister of Transportation, she brought the project forward and found ready support in cabinet.

“I have been advocating for this project since I was first elected,” Mulroney said. “I was speaking on behalf of my constituents.”

Mulroney said that her government is prepared to move forward.

“We want to make sure our provincial and highway infrastructure meets the needs of our residents. York-Simcoe is growing. More and more people are passing through, adding to the congestion," she said.

He added, "When people realize it is only 16.2 kilometres to join the two major 400-series highways in our area, it just makes economic sense."

"This is wonderful news for East Gwillimbury residents and businesses," she said. "We are grateful to our MPP Caroline Mulroney for listening to our concerns regarding issues on local roads as drivers try to find a route (from) the 400 to 404 highway."

The Bradford Bypass is a key piece of infrastructure that will benefit residents and support economic development, she said.

“Work on updating the assessment and preparing for design and engineering begins today,” said Mulroney. “This is great news for the people of York Region and Simcoe County. The bypass will relieve congestion, support planned urban development and help move goods and people.”

She was asked about the potential cost of the bypass and talk that it could be built as a toll road.

But for now, the important thing is that the process has begun, she said.

“We have to review the environmental assessment and begin preparing for the design and engineering work. The key element is that our government approved.”

She promised to continue to update constituents on the progress of the bypass.

The bypass, as originally planned, is approximately 16 kilometres of highway that would link the 400 with the 404, passing through Bradford West Gwillimbury between the 8th and 9th Lines. It is proposed as a limited access highway, with access at County Rd. 4 (Yonge St.), Bathurst, and Leslie.

Good morning, Newmarket!
May 30, 2020 6:00 AM
Comments
We welcome your feedback and encourage you to share your thoughts. We ask that you be respectful of others and their points of view, refrain from personal attacks and stay on topic. To learn about our commenting policies and how we moderate, please read our Community Guidelines.