Bradford Highlands Golf Club closing at end of next year 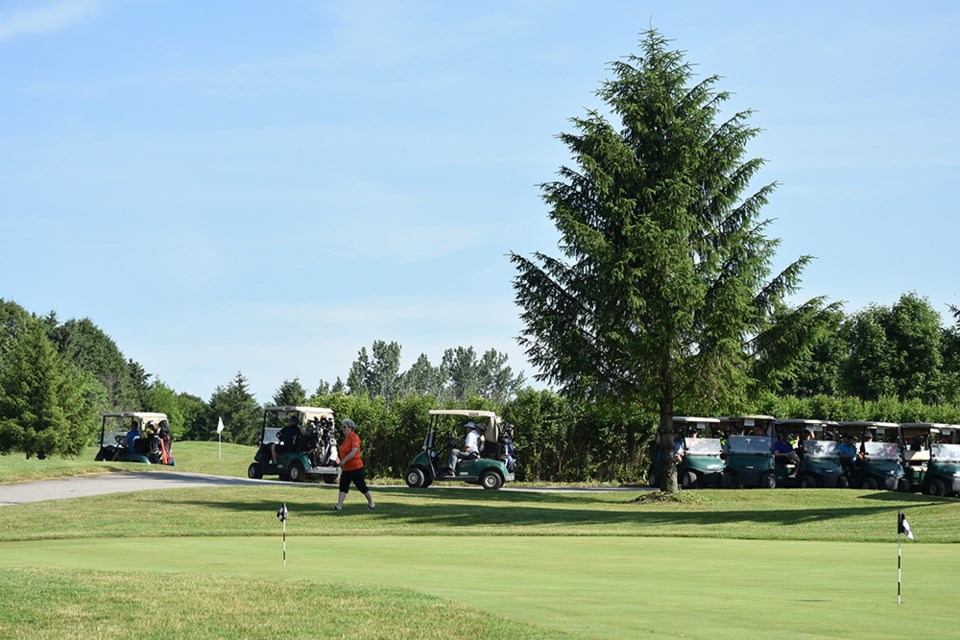 Bradford Highlands Golf Club will close at the end of the 2021 season. Miriam King/Bradford Today

As part of a long-standing deal with developers A.R.G Group Inc., Bradford Highlands Golf Club will officially be closing at the end of 2021.

"I am still processing the announcement," said golf club manager Ryan Lamb. "I had known that this day was coming but I thought it would have been awhile longer. It is a surprise, that is for sure."

Lamb started his golf career in 1988 when the club first opened, as a five-year-old playing the sport with his father, Bradford West Gwillimbury Councillor Gary Lamb. He went on to obtain a job at the local course when he was a teenager and, in 2017, became the club manager.

"I have developed a lot of friendships along the way, all brought together by this place," he said.

He called the announcement sad for himself and the community.

"It has been a part of many of our residents' lives, whether they are part of the membership or just occasional golfers. We planted over 250 trees since it opened and it was just now starting to really become a great mature layout."

While Lamb is disappointed, he said he understands the decision from a business perspective — and knew the day would come.

Five years ago, the golf course owners sold an interest in the property to the Bayview-Wellington Group, which built a subdivsion next to the course off Line 6 and Simcoe Road. The course continued to operate under a lease agreement, which will now come to an end after the 2021 season.

Lamb noted that while the sport of golf had been on the decline for the past few years, it had rebounded in popularity this past season, in part due to the pandemic.

"The golf business has become more challenging in the past several years with events declining and overall participation declining," stated a letter to golf course staff, informing them of the pending closure.

When asked for comment about real estate development on the golf course, chief administrative officer of the Town of Bradford West Gwillimbury Geoff McKnight said development is currently not permitted on golf course lands.

"For that to occur, an amendment to the town’s official plan and zoning bylaw will be required as well as an approved plan of subdivision. Submission of those applications will trigger a thorough analysis and public consultation program," said McKnight.

The Bayview-Wellington Group is in the process of obtaining all necessary approvals for a residential development to replace the golf course.

Enforcement blitz wraps up with charges for Promenade Mall, Longo's, Dollarama in Vaughan
Dec 1, 2020 7:45 PM
Comments
We welcome your feedback and encourage you to share your thoughts. We ask that you be respectful of others and their points of view, refrain from personal attacks and stay on topic. To learn about our commenting policies and how we moderate, please read our Community Guidelines.