By donating to AS York's Music Project on Nov. 27, you are helping to bring happiness and stimulation to local residents living with Alzheimer’s and other dementias
Nov 18, 2018 1:30 PM By: NewmarketToday Staff 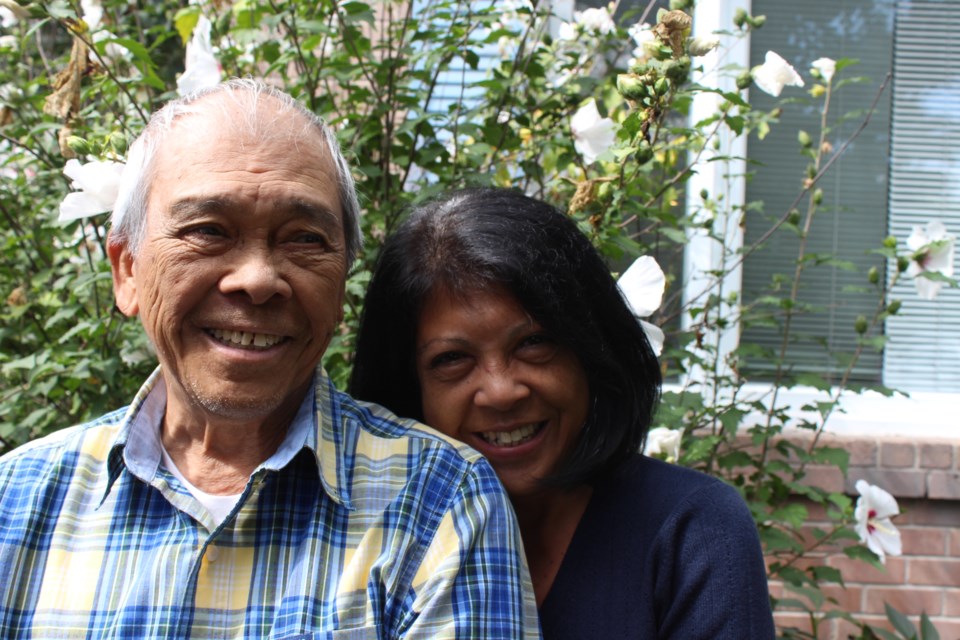 Catalino Mercurio, here with daughter Alma, fills his Newmarket home with the music of the 1940s, as well as Pavarotti and Rieu. Supplied Photo/AS York

If you go to Catalino Mercurio’s Newmarket home, you’ll be greeted by the sounds of Luciano Pavarotti, Andre Rieu and the music of the 1940s.

Music is the 85-year-old’s passion, something that calms him down if he is anxious and makes him happy the rest of the time, daughter Alma Mercurio said.

Catalino was diagnosed with Alzheimer’s disease in 2012.

“Music is a constant in his life,” Mercurio said.

Music is important for people living with Alzheimer’s and other dementias as it has been found to increase happiness, reduce anxiety and depression and manage stress. It can also help rekindle memories and provides an opportunity to connect with others as the disease progresses and communication decreases.

The Alzheimer Society of York Region (AS York) is bringing the Music Project to York Region through its GivingTuesday campaign Nov. 27.

#GivingTuesday is a global movement that takes place after Black Friday and Cyber Monday to kick off the giving season.

It costs $200 per MP3 player and AS York is hoping to raise enough money to purchase 15 players for York Region residents.

You can learn more and donate by visiting bit.ly/ipodGiveTues.

https://vimeo.com/24272470 - Alzheimer Society of Canada video about the importance of music.