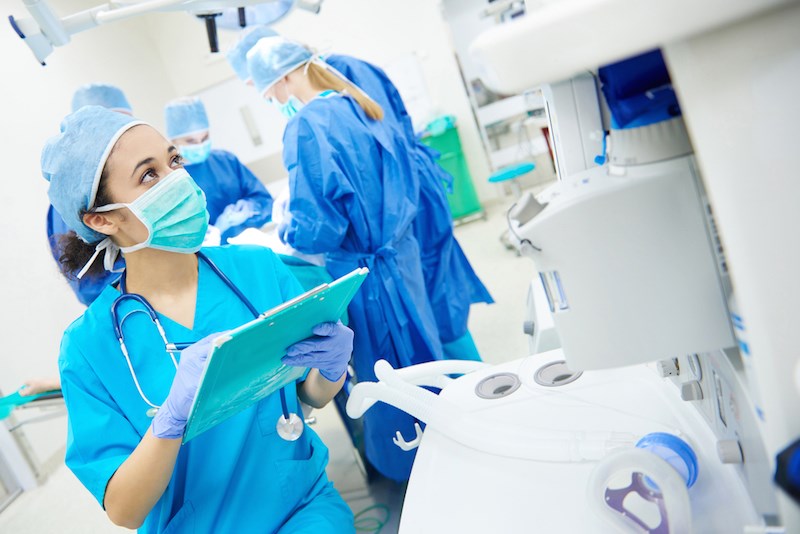 The mental health of health-care workers has suffered considerably under the pandemic with nurses bearing the brunt of it, according to newly released Statistics Canada data.

A survey of 18,000 health-care workers across Canada between Nov. 24 and Dec. 13 released Tuesday revealed the majority of physicians, nurses and personal support workers — about 70 per cent — reported worsening mental health as a result of working amidst the COVID-19 pandemic.

Access to personal protective equipment (PPE) also proved to be a major mental health indicator, the survey revealed. About 49 per cent of health-care workers who didn’t have restrictions to accessing PPE reported feeling stressed, versus 63 per cent whose access to PPE is restricted due to shortages or inventory control.

The survey is part of a larger Statistics Canada effort to measure the impact of COVID-19 on Canadians in real time using crowdsourced data collected through a voluntary online survey. It is an approach the federal agency has been using more often in the last year, as it’s proven necessary to collect data promptly as the pandemic evolves.

“The purpose of crowdsourcing data collection is to get it out as soon as possible because we know the COVID-19 situation is changing very quickly,” said Statistics Canada analyst Jenny Watt.

Watt said the survey will be followed by a larger representative survey of health-care workers in Canada later in the year, including questions related to overall mental health, access to personal protective equipment and infection prevention and control.

“Mental health has been a priority for us, because we know from other studies that Canadians in general have been reporting self-perceived mental health, and there was a lot of concern that for health-care workers, it could be aggravated,” Watt said.

Similar surveys have been done on the mental health of health-care workers throughout the pandemic, all revealing alarming results.

A majority of Ontario’s Registered Practical Nurses — around 71 per cent — said in a survey released late January that they’ve experienced “a breaking point” throughout the course of the pandemic. Around 90 per cent said their workload has increased as a result of the pandemic, and 34 per cent admitted to having thoughts of quitting the profession altogether.

Another survey from the Canadian Journal of Psychiatry, published in September, found that 54 per cent of health-care workers scored high on symptoms of Generalized Anxiety Disorder, with results worsening for people who did not have ready access to PPE in their work setting.

Statistics Canada’s recent survey shows that 53 per cent of participating health care workers reported conditions or restrictions to accessing PPE, Watt said. She added these conditions varied from having to reuse PPE against best practice to needing supervisor permission to access protective equipment.

Both Statistics Canada’s survey and the earlier survey in the Canadian Journal of Psychiatry found a direct correlation with PPE access and overall stress levels among health-care workers.