Two other all candidates events will be held next month, hosted by the Aurora and Newmarket chambers of commerce
0
Sep 18, 2019 8:00 AM By: Debora Kelly 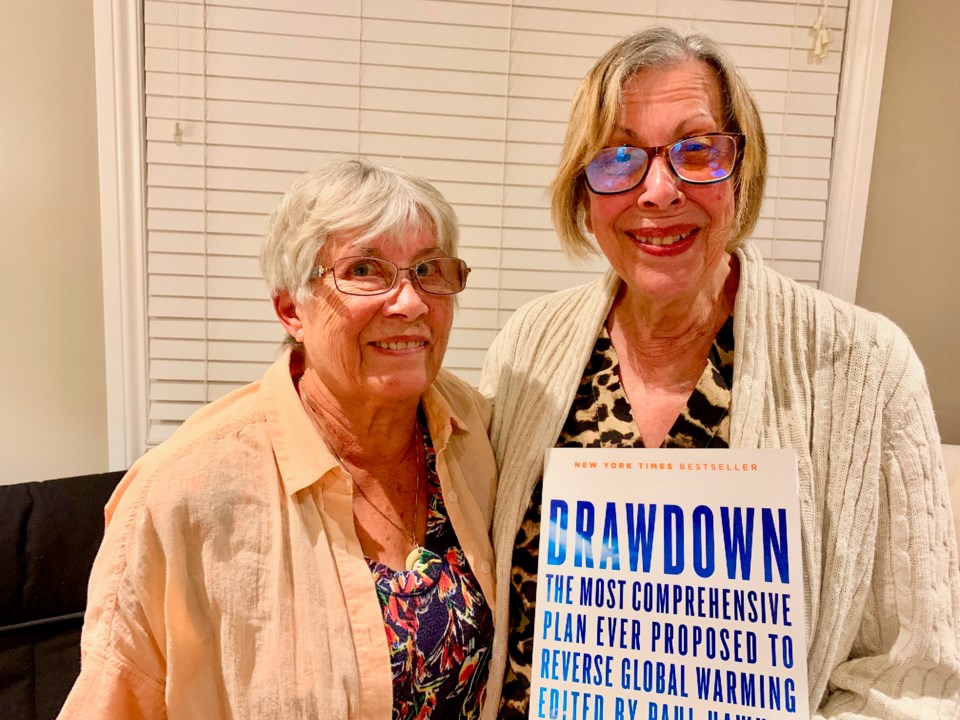 With concerns about climate change topping the list of federal election issues in multiple polls for the first time, the timing is right for an election forum focusing on environmental concerns.

Newmarket-Aurora Drawdown, a community climate action group, is partnering with KAIROS York Region, an ecumenical social justice group, to host an all candidates forum Thursday, Sept. 26 at the Old Town Hall from 7 to 9 p.m.

The forum is an opportunity for voters to hear from Newmarket-Aurora candidates in the Oct. 21 federal election how their parties’ platforms address the climate crisis, by answering questions posed by a panel.

Voters attending the forum will also have an opportunity to submit written questions on any election issue, which could be selected to be answered by the candidates.

Drawdown was delighted at the interest shown when it hosted a Green New Deal event earlier in the year — “The Old Town Hall was filled” — and thought the upcoming election would be a good opportunity to continue to engage the community in climate change issues, said group co-founder Teresa Porter.

Her own experiences validate the poll results, with a growing number of local residents aware of and concerned about the climate crisis, Porter added.

“30 years ago, people would say to me, ‘You’re nuts, what are you talking about?’” she said with a laugh. “Today, they’re actually engaged and have an opinion (about the climate issue) and they want to talk about it.

“Despite what you see on social media, when you talk to people — especially young people — it matters.”

For Drawdown co-founder Fran Bazos, it is crucial to increase awareness about the climate crisis in the political arena.

“In my opinion, politics are where things happen and if we don’t work on convincing our politicians that climate change matters to all of us, then we have no hope to change things,” Bazos said.

“So that’s where I want to see political energy and will go, toward combating climate change. As far as I’m concerned, every thing else (comes) second — things that I care about, like education, poverty, health care — but what keeps me up at night is climate change.”

The recent polls — including Abacus Data, Forum, CTV/Nanos, and CBC — ranking climate change and the environment in the top three issues “makes me hopeful,” Bazos added.

The Aurora Chamber of Commerce is holding a business-focused debate with all federal election candidates from five political parties in the ridings of Newmarket-Aurora, Oak Ridges, and Aurora-Richmond Hill on Wednesday, Oct. 2.

The event runs from 7:30 to 9:30 a.m. and you are encouraged to email your questions in advance to the chamber’s advocacy committee for consideration at info@aurorachamber.on.ca.

Candidates from the Liberal Party, Conservative Party, New Democratic Party, Green Party, and People’s Party of Canada will be in attendance.

For more information and to register, visit here.

The Newmarket Chamber of Commerce is hosting a debate with Newmarket-Aurora riding candidates Tuesday, Oct. 8 at 8 a.m., with registration and networking, followed by a breakfast buffet at 8:30 a.m., and a panel debate with the candidates from 9 to 11 a.m. at Cardinal Golf Club, 2740 Davis Dr. W., in King.

The People’s Party candidate, Andrew I. McCaughtrie, was not invited to participate.

For more information and to register, visit here.

— With files from Kim Champion

Newmarket-Aurora group gears up as Green New Deal takes shape
Jul 15, 2019 1:45 PM
Comments
We welcome your feedback and encourage you to share your thoughts. We ask that you be respectful of others and their points of view, refrain from personal attacks and stay on topic. To learn about our commenting policies and how we moderate, please read our Community Guidelines.