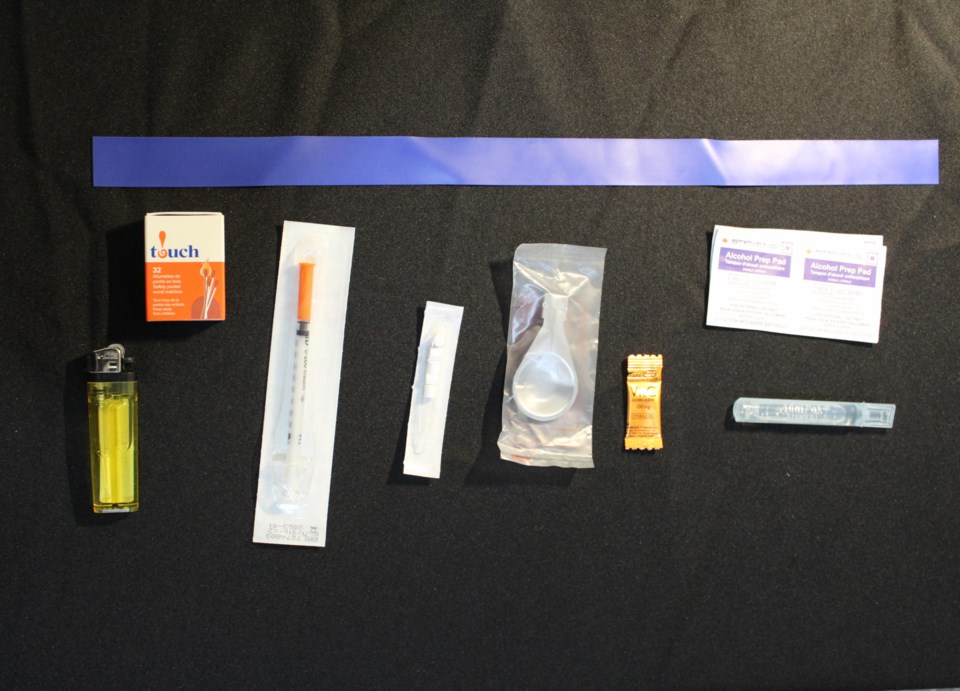 With a sharp increase in opioid-related deaths around Ontario, provincial police hope a new report on the issue will help them in their battle against the lethal drug supply.

On Wednesday, the Ontario Provincial Police Opioids Working Group released its Opioids and Overdoses: Impact and Strategies report, noting the "alarming" increase of opioid overdoses and deaths across the province.

The OPP says it will now focus on a shift toward proactive and preventative strategies, including promotion of the Good Samaritan Drug Overdose Act, which is designed to encourage people to stay on scene when a person is in distress, as well as reviewing the potential impacts of decriminalizing illicit drugs on public safety, and enhancing investigative capacity.

"Overdoses within OPP communities are not new, but are increasing at an alarming rate," the 52-page report says, noting the number of opioid-related deaths has been steadily increasing in Ontario since 2003.

Also among the OPP report's findings was a 35 per cent rise in overdose deaths during the first quarter of 2019, compared to the same period one year ago.

Opioids have the potential to cause euphoria, which can lead to dependence and opioid-use disorder. An opioid overdose can cause respiratory depression leading to permanent brain damage or death.

Since September 2017, the OPP says officers have administered naloxone 79 times and saved 73 lives. The highest number of naloxone doses was in March and April 2019.

Opioids are a class of drugs regulated under Schedule I of the Controlled Drugs and Substances Act (CDSA). Some are derived from the opium poppy plant, others are semi-synthetic and synthetic. Examples of opioids include codeine, fentanyl, heroin, hydromorphone, methadone, morphine, opium and oxycodone.

The OPP has seen the current trend move toward purple fentanyl, sometimes referred to as “purple heroin," which police have been seizing since December 2017. It's found in forms such as powders and solids that can contain both heroin and fentanyl, and may contain other substances.

"Individuals using illicit substances typically do so without any actual knowledge of what they are consuming," the report says. "There is a real probability that other substances, including opioids, fentanyl analogues, non-opioids, stimulants and depressants, could be combined within the substance purchased. This can lead to intentional or unintentional (multiple) drug use and increases the likelihood of overdose. Some individuals, however, intend to purchase fentanyl, which may also contain unknown substances."

According to the report, slang terms for illicit fentanyl in Ontario include down, downtown, fatty, fenny, fent, purp, purple, purple H, purple smurf, the doze, the nod, and popcorn. The RCMP has also found terms such as green beans and shady 80s being used in the province.

The potency of many opioids, particularly fentanyl and the highly lethal carfentanil, means they can be fatal in relatively small amounts, posing a serious risk to both public and officer safety.

Provincial police hope the new report will help them better respond to the drug crisis while understanding the effects of opioids and overdoses, including through the use of new reporting and analytical tools.

CANADA: More than half of Canadians polled say they have experienced a cybercrime
Jul 11, 2020 5:20 PM

COVID-19: Bar owners that offer rare wine and spirits carve takeout business model
Jul 10, 2020 9:25 AM
Comments
We welcome your feedback and encourage you to share your thoughts. We ask that you be respectful of others and their points of view, refrain from personal attacks and stay on topic. To learn about our commenting policies and how we moderate, please read our Community Guidelines.