Alberta and Ontario have already said the proposed measures don't meet the unique needs of parents in their provinces
Apr 20, 2021 4:45 PM By: Canadian Press 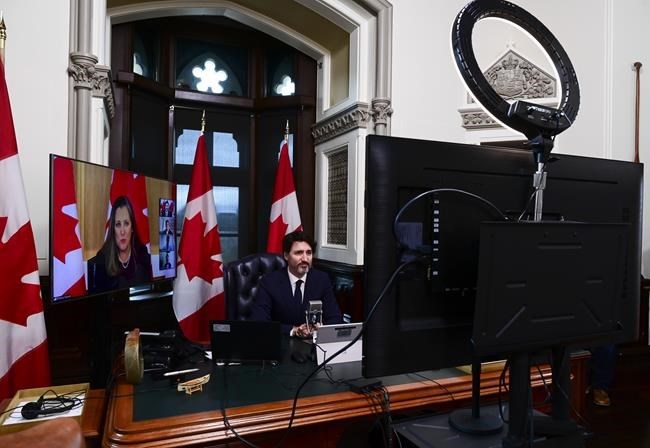 OTTAWA — Multiple provincial governments are questioning the Liberals' promise of a national child-care system, saying they either feel the strings on the cash are too tight, or won't necessarily help their provinces.

The specific strings attached on the spending pledge would dictate what forms of child-care could be eligible for federal funding, and how much parental fees must drop.

Alberta and Ontario have already said the proposed measures don't meet the unique needs of parents in their provinces, while New Brunswick Premier Blaine Higgs wondered if the money is aimed at buying votes in large urban centres.

Nova Scotia Premier Iain Rankin was more open to the funding, but wants to see more details of the Trudeau Liberals' plan.

The responses mark the opening lines in negotiations the Liberals will need to have with provinces to create a national system, if Parliament approves the minority government's first budget in two years.

This report by The Canadian Press was first published April 20, 2021.

CANADA: Study finds Canadians may not take climate change as personally as their peers
May 8, 2021 2:45 PM

COVID-19: Air Canada calls on Ottawa to lift hotel quarantine as it prepares for recovery
May 7, 2021 4:21 PM
Comments