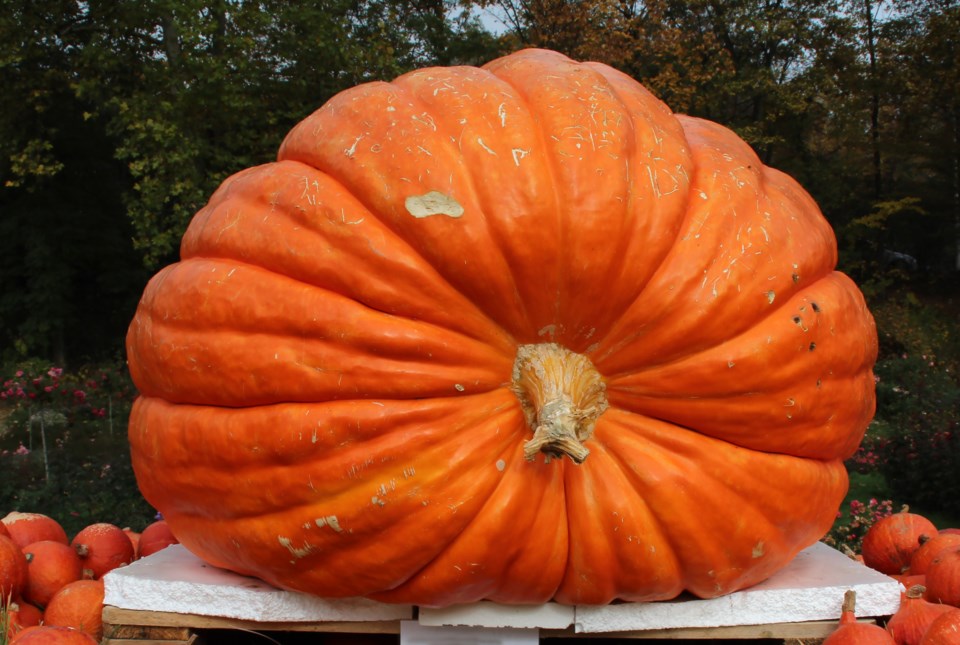 A popular autumn event in Windsor, Nova Scotia has been cancelled this year.

According to the Pumpkin Regatta Festival Facebook page, a late start to the growing season followed by Hurricane Dorian has left them with too few giant gourds to pull off the 21st annual competition.

The post says at least 60 massive pumpkins need to be hollowed out and transformed into "personal vegetable crafts."

Most of those come from the Dill Family Farm, which aims to grow gourds in the 600 to 800 pound range for the floating festival.

"This years growing season had a very late start with May and June being exceptionally wet and fields unable to be plowed and planted," said organizers. "When transplants were finally set, July and most of August were exceptionally hot and dry, hampering growth."

Dorian's heavy rains and significant winds compounded the problem by damaging the vines and leaves needed to bring the gourds nutrients.

"It was only fair to let paddlers know as soon as possible" said Danny Dill, who added people from as far away as Alberta were hoping to participate in the regatta.

However, it appears organizers are hoping all is not squashed. The post says stayed tuned for a plan B.

About the Author: Meghan Groff

Born in Michigan, raised in Ontario, schooled in Indiana & lives in Nova Scotia; Meghan is the community editor for HalifaxToday.ca.
Read more