OTTAWA — Gov. Gen. Julie Payette is resigning, a source with direct knowledge of her decision but not authorized to discuss it publicly confirms to The Canadian Press.
Jan 21, 2021 4:58 PM By: Canadian Press 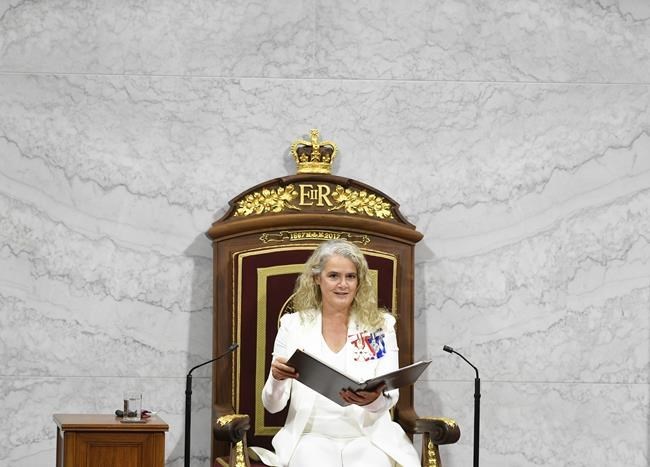 OTTAWA — Gov. Gen. Julie Payette is resigning, a source with direct knowledge of her decision but not authorized to discuss it publicly confirms to The Canadian Press.

The news comes as the results of an investigation into allegations of a toxic workplace at Rideau Hall are expected to be released.

The Privy Council Office revealed last year that Quintet Consulting Corp. had been hired to conduct a third-party investigation into allegations of workplace harassment in the office of the Governor General.

That came after CBC reports alleged that Payette belittled and publicly humiliated employees, reducing some to tears and prompting some to quit.

That prompted the Privy Council Office to launch a workplace review, which Payette herself welcomed at the time with a statement that said she was "deeply concerned" about the allegations.

Payette, a former astronaut, was named to the position in 2017.

Her predecessor David Johnston had been selected by the previous Conservative government using an ad hoc committee that was later turned into an official panel on viceregal appointments.

But upon forming government in 2015, Prime Minister Justin Trudeau abandoned that approach and moved the selection process inside his office.

Payette's appointment was controversial from the outset. Shortly after she took the job, it emerged that she'd been charged with second-degree assault while living in Maryland in 2011.

She called the charged unfounded, and it has since been expunged.

But as details of that incident emerged, so did revelations that she was involved in a fatal hit-and-run accident that same year. The case was closed without charges after a police investigation.

Both incidents raised immediate questions about how thoroughly she had been vetted for the job, and accusations she wasn't the right fit for it have dogged her ever since.

She did not move into the official residence of Rideau Hall when she took the job, and nearly two years in, still wasn't living there, citing privacy concerns linked to ongoing renovations.

Instead, Payette based herself in her home province of Quebec, where she has also spent a great deal of time during the COVID-19 pandemic.

As reports of how she was allegedly treating her staff emerged, Trudeau expressed his confidence in her abilities, dismissing the idea of replacing her.

During an interview on RED FM's The Harjinder Thind Show in Vancouver in September he said she was excellent.

"I think on top of the COVID crisis, nobody's looking at any constitutional crises," he said.

In the event a Governor General can't carry out the job, is removed, or dies, the chief justice of the Supreme Court of Canada assumes the office's powers as long as necessary.

While the Governor General is a largely symbolic position, it does have some constitutional importance, particularly during a minority government such as the one Canada has now.

In 2008, former prime minister Stephen Harper asked then-governor general Michaëlle Jean to prorogue Parliament to avoid a non-confidence vote he was expected to lose — a decision that was controversial at the time but in keeping with constitutional tradition.

This report by The Canadian Press was first published Jan. 21, 2021.