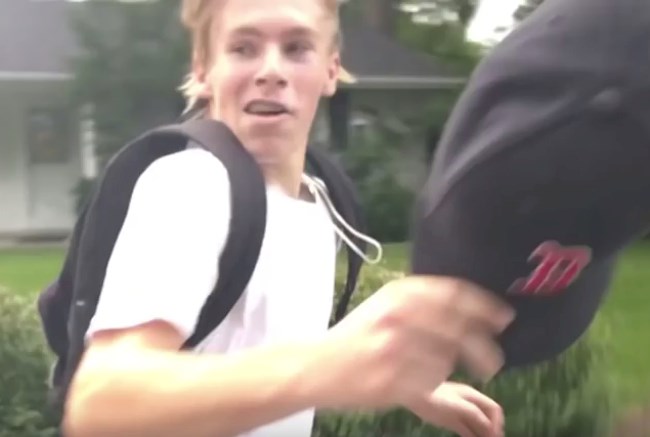 NEWS RELEASE
YORK REGIONAL POLICE
********************
Investigators with the #1 District Criminal Investigations Bureau would like to thank the media and the public as their tips led to the identification and arrest of a youth wanted following an attempted robbery and assault with a knife in the Town of Aurora.

On Saturday, August 18, 2018, at approximately 3 p.m., a 51-year-old male victim was inside of his vehicle that was parked in the area of Yonge Street and Murray Drive. The victim was approached by an unknown man who leaned into the vehicle through the driver’s side window, pointed a knife and demanded cash. The victim did not comply with the demand and the suspect punched the victim in the face, cut his arm with the knife and kicked his vehicle before running away.

On Thursday, Aug. 23, 2018, the suspect was identified and placed under arrest without incident.