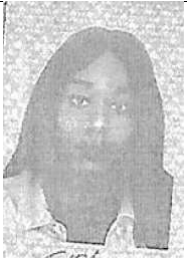 On Oct. 22, 2019, police began an investigation after receiving a report from an employee of a car dealership on Steeles Avenue in the City of Vaughan. Investigators learned that on Sept. 13, 2019, an unknown suspect purchased a high-end vehicle worth more than $85,000. It was later discovered that the suspect used fraudulent identification connected to an identity theft that occurred in the Ottawa area.

Investigators are releasing images of the suspect and are appealing to the public for assistance in identifying her.