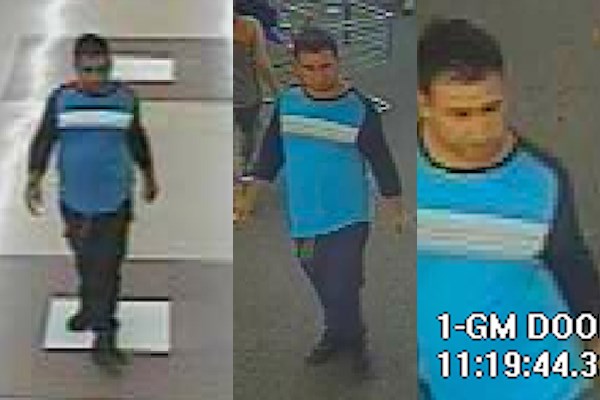 NEWS RELEASE
YORK REGIONAL POLICE
****************************
York Regional Police is seeking public assistance to identify a man following and incident of voyeurism and an indecent act in the City of Vaughan.

On Sept. 24, 2019, police were dispatched to a Walmart store located on Edgeley Boulevard in the City of Vaughan after a women reported that a man was watching her in the washroom through the crack in the stall door.

On Tuesday, Oct. 8, 2019 at approximately 3:40 p.m., police responded to the same store after a women reported that a man had been watching her in the washroom while he committed an indecent act.

The suspect fled from the store prior to police arrival in both incidents.

Investigators are releasing images of the suspect and seeking public assistance to identify him.