One driver arrested for impaired driving in two-vehicle crash
Jan 1, 2020 8:33 AM By: NewmarketToday Staff 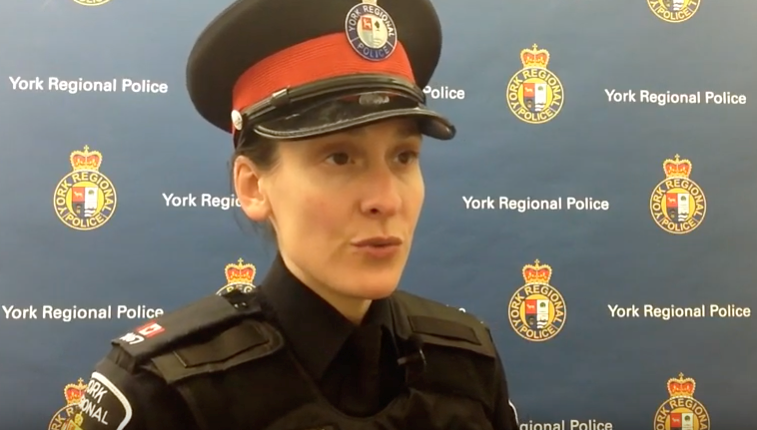 Const. Laura Nicole, York Regional Police, reports on a fatal, two-vehicle crash in Markham on New Year's Eve in which one person was killed.

NEWS RELEASES
YORK REGIONAL POLICE
**************************
York Regional Police have made an arrest tonight for impaired driving following a fatal collision in the City of Markham.

On Tuesday, Dec. 31, 2019, at approximately 7:20 p.m., police responded to reports of a collision in the area of Elgin Mills Road and Ninth Line. Officers determined that two vehicles were involved.

One person has been sadly pronounced deceased at the scene.

One male has been arrested for impaired driving.

Any witnesses who have not yet spoken with police, or anyone who may have dashcam footage of the collision, are being asked to please come forward.

Due to an interaction between York Regional Police and the suspect vehicle, the Special Investigations Unit (SIU) has been contacted.