'Driver error would be to blame in virtually all or nearly all of those crashes," OPP's Sgt. Kerry Schmidt says
Nov 12, 2019 9:38 AM By: Debora Kelly 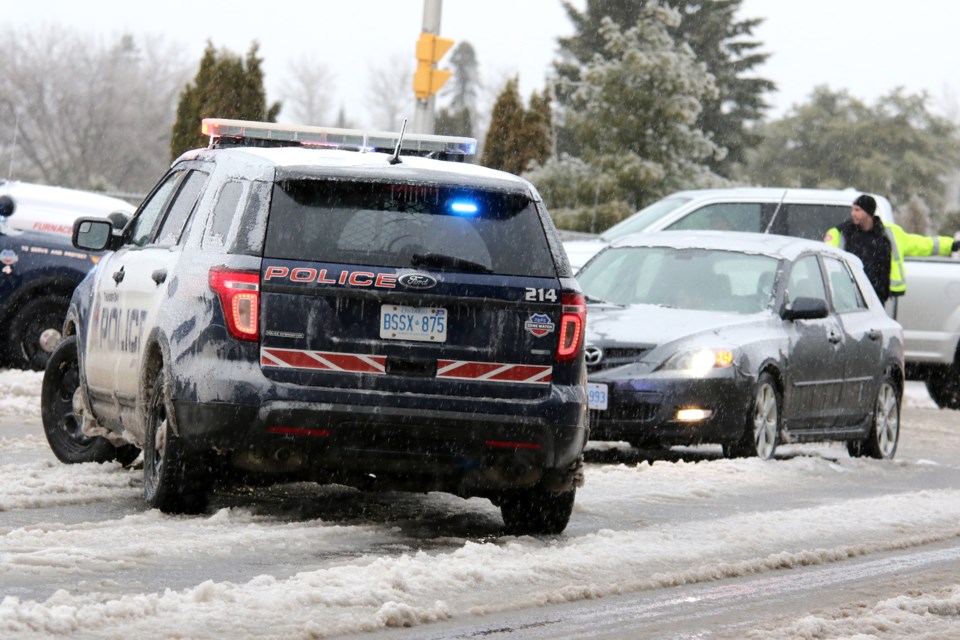 Winter's early arrival yesterday took its toll on motorists with more than 500 accidents occurring on GTA roads, according to the Ontario Provincial Police and York Regional Police.

York officers have responded to more than 100 accidents since yesterday's commuters hit the road, which didn't include minor collisions in which drivers were directed to the force's collision reporting centre.

"Please get those snow tires on and adjust your driving to the road conditions," YRP said on Twitter this morning.

The OPP is also encouraging drivers to take care when driving with snow build-up and slush visible on plowed GTA highways this morning.

"Road conditions may play a factor but driving plays the ultimate factor, and driver error would be to blame in virtually all or nearly all of those crashes," Schmidt said.

He cautioned motorists to leave more space between vehicles, to clear snow off their vehicles, including the roof to prevent white-outs for the driver behind, to turn on the full headlight system, and to scan the roadway ahead and around their vehicles.

"Some motorists may be going a little slower than what you think is appropriate, do not try to show off by showing what a great four-wheel drive you have," Schmidt cautioned, adding those drivers can "end up in the ditch — that's an ego killer right there".

For Newmarket and area, Environment Canada is forecasting a windy, chilly Tuesday, with flurries beginning about noon, and a risk of snow squalls in the afternoon.

Flurries should end near midnight, with the risk of snow squalls continuing into the evening.